In the spring of 1919, UK Prime Minister David Lloyd George wrote: ‘The whole of Europe is filled with the spirit of revolution. There is a deep sense not only of discontent, but of anger and revolt, amongst the workmen against prewar conditions … In some countries, like Germany and Russia, the unrest takes the form of open rebellion; in others … it takes the shape of strikes and of a general disinclination to settle down to work.’ While comparative studies of revolution within the social sciences define revolution, in part, as necessarily involving mass participation, dominant narratives of the Irish revolution have left Lloyd George’s ‘spirit of revolution’ by the wayside. The political content of the revolution is assumed to exclusively be the demand for national independence, while a focus on high-politics and military elites obscures the ways in which tens of thousands of people participated in diverse forms of popular mobilization. This collection of regional and local case studies, by contrast, shows that a ‘spirit of revolution’ was widespread in Ireland in the period 1917–23.

John Cunningham is a lecturer in History at NUIG, and a former editor of Saothar: Journal of the Irish Labour History Society. He has published on the moral economy, Irish local history and global syndicalism. Terry Dunne graduated with a PhD in Sociology from MU in 2015. He has published widely on agrarian social movements in the Irish past, and is Laois historian-in-residence under the Decade of Centenaries Programme. 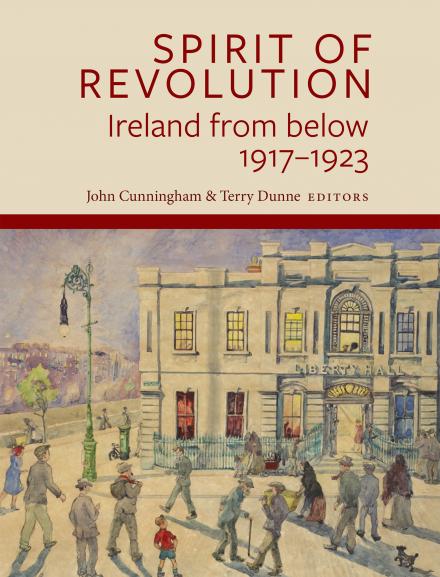