Ulster Presbyterians in the Atlantic world

In this collection of essays American and Canadian historians explore the changing transatlantic character of the Ulster Presbyterianism in the eighteenth and nineteenth centuries. Essaysexamine the role of Ulster Presbyterians in the United Irish movement on both sides of the Atlantic; analyze class conflict and the origins of Unionist hegemony in early 19th-century Ulster; explore the social underpinnings and political consequences of the Ulster Revival of 1859; and provide a broad-ranging assessment of evangelical traditions in Scotland, Ulster and the United States.

David Wilson is the author of United Irishmen, United States (1998) and lectures in history at the University of Toronto. Mark Spencer lectures in Brock University, Canada. 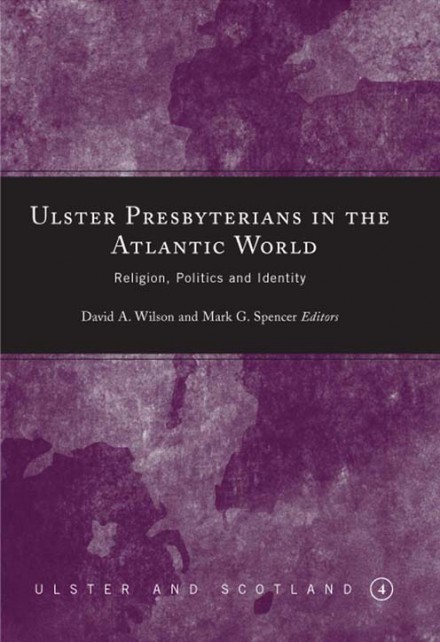