The Viking Age: Ireland and the west

‘These papers range widely both geographically and intellectually. Anyone interested in the Vikings will find much of importance here. The volume is beautifully produced with generous illustrations, photographs and tables; the editors are to be congratulated', Benjamin Hudson, Speculum (April 2011).

‘The book is profusely illustrated, with well over 150 diagrams, pictures, drawings and charts (almost two dozen in colour), adding significant detail to the arguments presented by the contributors … While all of the essays are well written, many are exceptional scholarly contributions … This book will prove substantial and relevant for those with more than just a passing interest in the Viking Age … This volume elucidates the most recent research and theory regarding the Vikings while simultaneously reminding readers of how much remains unsettled and open to further research. I came away from the reading excited about the potential of the field and somewhat awed by the efforts of this determined group of scholars to ask, and answer, difficult questions', David Beougher, Irish Historical Studies (2011).

‘A monumental work by any standard … [with] a wealth of information and depth of research … this volume is lavishly illustrated with both black and white and colour plates, line drawings and maps. With works of such quality and accessibility, a greater public awareness, understanding and knowledge of this important period in our history will most certainly fuel the questions of ancestry', Michael Merrigan, Ireland’s Genealogical Gazette (April 2010).

‘This book and the congress from which it arises not only exemplifies the more in-depth approach taken in recent decades to the Vikings but also illustrates the increasing trend of archaeologists and historians to view Ireland in the context of interaction with the wider world', Books Ireland (May 2010).

‘Here we have a compendium of what concerned Viking scholars half a decade ago. From Greenland, Iceland, the Faroes, Norway, Sweden, Denmark and more or less everywhere else the Vikings ever went, delegates gathered in 2005 in the genial old Viking city of Cork for their fifteenth Congress. A major preoccupation was, appropriately, the relationship of Ireland with the Viking world, embracing sixteen papers, out of fifty here. The results read like a collection of short stories. Some are detective stories … Some are tales of excavation and discovery', Peter Addyman, TLS (11 June 2010).

‘The scope of the articles, like the Vikings themselves, is wide-ranging, with the contributors focusing on Viking Age Ireland, the colonisation of the North Atlantic, weapons and warfare, and the expansion of urbanism … the proceedings presented in the book will certainly keep the reader up to date with the current state of Viking studies and the impact of the Vikings in Ireland', Tom Condit, Archaeology Ireland (Autumn 2010).

‘This broad survey will be of great interest to those studying archaeology and Viking or Irish history', Reference & Research Book News (November 2010). 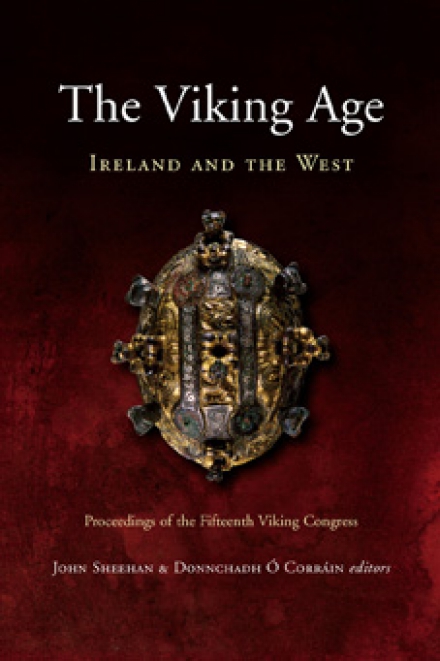