Salvation according to the fathers of the church

The proceedings of the sixth international patristic conference, Maynooth/Belfast, 2005

'Maynooth Seminary has hosted seven international symposia on patristics, each with a unique theme, and these have resulted in a series of excellent publications. Salvation according to the fathers of the Church is the sixth such publication … Vincent Twomey has assembled an interesting and eclectic group of essays covering a broad array of patristic theologians, assessing their unique perspectives on the meaning, value, and scope of salvation … Twomey introduces the book with an excellent essay situating patristic ideas of soteriology in contemporary context … John McGuckin then contributes an interesting and ambitious piece on the Christian appropriation and development of the idea of “saviour” from late antiquity … Following these two pieces we are treated to an array of essays discussing salvation according to particular Church Fathers … Thomas O’Loughlin contributes a lovely sketch of the art, hymnody, and hagiogrphical evidence for early Irish liturgy which is valuable primarily as a methodological reflection for historians of liturgy, confining itself more strictly to the surviving evidence than is often done … A great strength of this volume as, indeed, of all the Maynooth proceedings, is its topical focus … a uniformly readable, well-conceived, and thought-provoking volume that I would recommend to those wanting to look afresh at patristic soteriology', Jonathan L. Zecher, Journal of Theological Studies (April 2012). 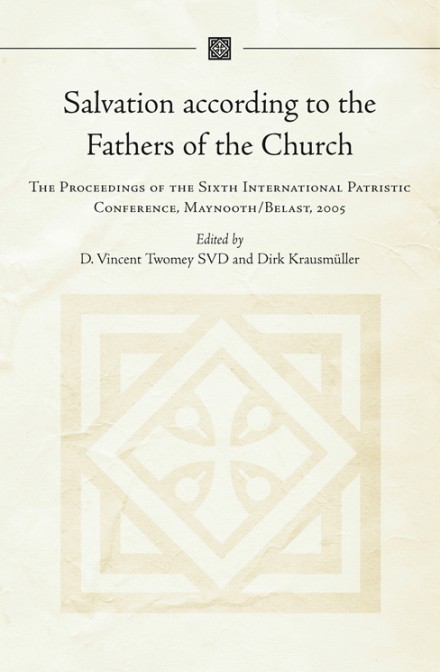