This 8th volume of proceedings of the annual Friends of Medieval Dublin Symposium contains reports on recent archaeological excavations: Edmund O’Donovan’s excavation at Golden Lane produced early Viking burials, while Claire Walsh found traces of an early pre-Viking roadway nearby at Chancery Lane, and Roseanne Meenan reports on investigations in Stephen Street Lower. Linzi Simpson suggests that the graveyard known as Bully’s Acre may have been part of the early medieval monastery of Kilmainham, Nessa Walsh examines the pre-Romanesque churches of Dublin, while Michael Gibbons offers a reassessment of the relationship between the 9th-century Viking longphort and the origins of urbanization in Ireland. Alan Fletcher presents an overview of the annals and chronicles surviving from the later-medieval city, Raymond Gillespie, by shedding light on the ‘City Chronicle’, considers the way Dubliners viewed themselves in the 15th and 16th centuries, and Bernadette Cunningham explores the portrayal of later-medieval Dublin in the annals from Gaelic Ireland. Also included is Andrew McDonald’s assessment of the effects on Dublin–Manx relations of the English conquest of Ireland in the late 12th century.

Seán Duffy FTCD is chairman of the Friends of Medieval Dublin and senior lecturer in medieval history at Trinity College Dublin. 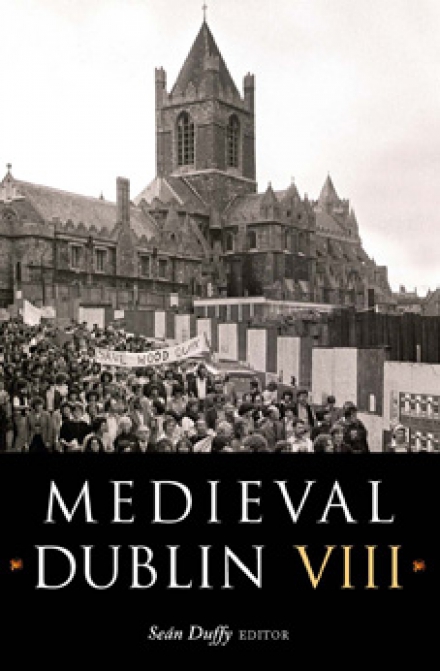