In 2009–2010 Ireland experienced a remarkable sequence of weather disasters and freak natural occurrences. The summer of 2009 broke all sorts of rainfall records and the following November was the wettest month in over 200 years in many parts of the country. Torrential rain led to severe flooding, especially in the west. In some places, the floods lasted until February 2010, coinciding with one of the most severe and persistent cold spells ever recorded in Ireland. Temperatures dropped below -15°C. When the snow and ice melted, it re-flooded areas that had only recently recovered from the previous deluges.

This book explains these events and their dramatic impacts. It also looks at the planning process, the management of waterways (especially the major dams), the role of local authorities, the response of central government and the legal situation regarding clean-up procedures. The book also covers the meteorite fall of early February 2010, the Co. Clare earthquake of 6 May 2010 and the Icelandic volcano eruption that caused such extensive travel chaos across much of Europe throughout the spring and summer of 2010.

Kieran Hickey lectures in geography at NUI Galway. His main research interests are climate change, storms, hurricanes, weather disasters and the climate history of Ireland. He is the author of Five minutes to midnight? Ireland and climate change (2008) 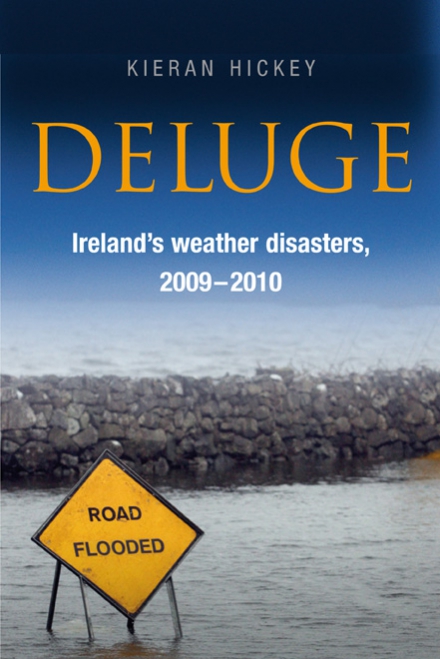