The eighth volume of Irish Musical Studies contains papers presented at the ninth biennial conference on Baroque music, which was held at Trinity College Dublin in July 2000. The conference had a special emphasis on Bach Studies, as it commemorated the 250th anniversary of the death of Johann Sebastian Bach (1675–1750).

Other volumes in the series published by Four Courts Press include:

Anne Leahy is a lecturer, DIT Conservatory of Music and Drama. Yo Tomita is a reader, school of music, Queen’s University, Belfast. 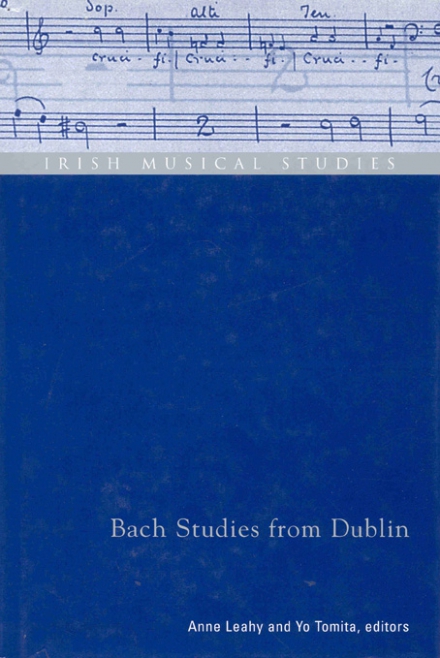