Dublin – capital of Ireland and, to some at least, the ‘second city of the Empire’ – was central to the Irish Revolution. But there were many different ‘Dublins’, including the city borough and its suburban townships, picturesque seaside settlements and the Dublin and Wicklow mountains to the south, and a rural hinterland to the north and west. The city was a hub for the development of the suffrage and republican movements. It also witnessed the largest industrial dispute in the history of the island in 1913, the bulk of the fighting at Easter 1916, and some of the most famous (and infamous) moments of the War of Independence and Civil War. There was also a relatively large and well-organized unionist minority, chiefly centered around the southside townships. The north and west of the county, meanwhile, shared more in common with neighbouring counties than with the city.

This book provides a rounded and original overview of revolution in both Dublin city and county. It highlights the sometimes vast differences in experience in urban and rural Dublin, and the wide range of political and military activity undertaken by Dubliners. In particular, the book focusses on ‘ordinary’ or rank-and-file participants alongside those who took no part at all but witnessed seminal – and not so seminal – moments in Irish history as they happened around them.

Brian Hughes, a native of west Dublin, lectures in the Department of History at Mary Immaculate College, Limerick. 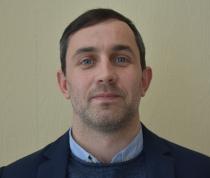