This beautifully illustrated book explores sources for botany and gardening in seventeenth- and eighteenth-century Ireland. It investigates the contributions of individuals such as Philip O’Sullivan Beare and Thomas Molyneux in the seventeenth century, and, for the eighteenth century, focuses on the Revd Caleb Threlkeld, whose Synopsis stirpium Hibernicarum (Dublin, 1726) was the first botanical book published in Ireland. Chapters shed light on the books in early eighteenth-century libraries, such as that of Dr Edward Worth and of Marsh’s Library in Dublin, and demonstrate the impact of the explorations of the Dutch East India Company on knowledge of the flora of distant lands. Nowhere is this more apparent than in the glorious botanical works in the Fagel Collection, bought by Trinity College Dublin in 1802. The changing nature of eighteenth-century gardens and landscapes and the factors affecting their growth and renown bring the book to a close.

Elizabethanne Boran is the Librarian of the Edward Worth Library. She is the Secretary General of the International Commission for the History of Universities and has published extensively on the history of ideas in the early modern period. Charles Nelson FLS, VMM, was horticultural taxonomist in the National Botanic Gardens, Glasnevin (1976–1995). His research publications include books and numerous papers relating to the history of Irish horticulture and botany, and he was co-author of ‘The brightest jewel’: a history of the National Botanic Gardens, Glasnevin, Dublin (1987). Dr Emer Lawlor, a Trustee of the Worth Library, is a retired medical practitioner who was awarded an M. Litt. by TCD, in 2016 for her thesis ’Enquiries into vegetables: botanists in Ireland and their sources 1680–1775’. 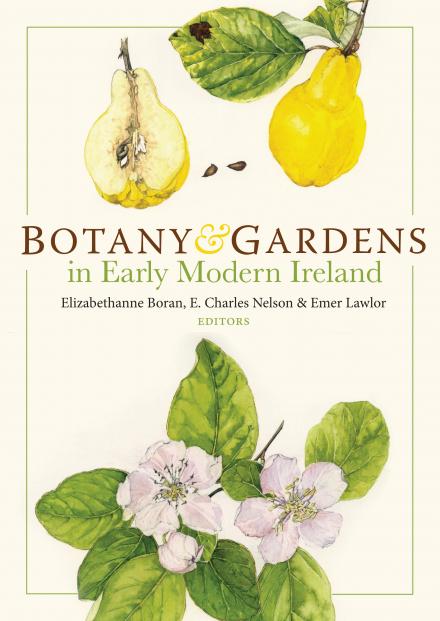