Manuscripts in the Anglo-Saxon Kingdoms

“The ANGLO-SAXON KINGDOMS exhibition, held at the British Library from October 2018 until February 2019, is already the stuff of legends ... This remarkable assemblage was complemented with a range of excellent events, the culmination of which was an academic conference on aspects of manuscripts and their context in early medieval England. The present volume represents a selection of the papers presented at that conference. It contains fourteen chapters, and the overall product is itself an impressive achievement, beautifully and lavishly printed, with numerous illustrations that are of uniformly high quality. It is a lovely thing ... it is a sign of the quality of what there is that the main complaint is to wish there could have been more ... As a conspectus of imaginative, high-quality scholarship on Anglo-Saxon manuscripts, this volume is a fitting complement to a superb exhibition.” Rory Naismith, The Library, March 2022

“Anyone who was fortunate enough to be in London for the British Library’s exhibition Anglo-Saxon Kingdoms: Art, Word, War will not soon forget the experience. Claire Breay and her team put together a once-in-a-lifetime display of Anglo-Saxon manuscripts and artefacts ... Fourteen papers from this star-studded conference are collected in this beautifully presented volume which is illustrated with over ninety colour images ... Manuscripts in the Anglo-Saxon Kingdoms is an enormously rewarding collection of papers. Although the papers themselves are unquestionably intended for a specialist readership, the book’s lavish production values and numerous colour images mean that it could almost double as a coffee-table book—at a lower price than many far less aesthetically pleasing academic books. It is a must-read for manuscript scholars, as well as for Anglo-Saxon intellectual and ecclesiastical historians.” Samuel Cardwell, Journal of the Australian Early Medieval Association

“Associated with the 2019 British Library exhibition Anglo-Saxon Kingdoms: art, word, war, these 14 short essays demonstrate the specialised scholarship that lies behind the choice and description of items in such an exhibition …  This book is an esoteric read but I found it fascinating.” Gale R. Owen-Crocker, Current Archaeology (February 2022) 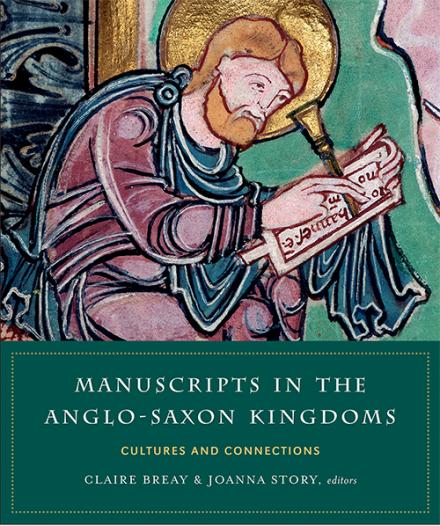