The Irish-Scottish World in the Middle Ages

In this volume, the proceedings of the 2nd Trinity Medieval Ireland Symposium (marking the 700th anniversary of the invasion of Ireland by Edward, brother of King Robert Bruce of Scotland), a host of experts here explore crucial aspects of Irish–Scottish links in the Middle Ages. Do the origins of modern Scotland lie in Ireland? To what extent did the legacy of Colum Cille of Iona define relations between the two regions – in political, ecclesiastical, literary and artistic terms? Is the Book of Kells ‘Irish’ or ‘Scottish’? What were the impacts of Viking and then Anglo-Norman attempts at conquest? Did contacts intensify with the recruitment of Hebridean galloglass by the chieftains of Gaelic Ulster and elsewhere or were ancient bonds on the wane as the Middle Ages drew to a close?

For full list of contents, see button at right. 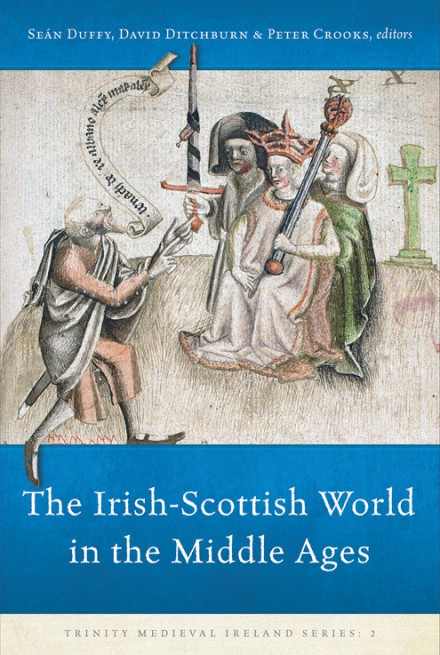