The parish of St Bride, united with the parishes of St Michael Le Pole and St Stephen, served an area just outside the Dublin city walls, based around Bride Street, Ship Street, Golden Lane, Stephen Street and Chequer Street. The accounts of its churchwardens complement the records of its vestry, and reveal how the parish recovered following the Restoration and developed in the eighteenth century. Information on the parish church, the clergy and patterns of worship, the role of the parish officers and their interactions with the city in areas such as poor relief, firefighting and policing provide valuable insights into the local and ecclesiastical history of inner-city Dublin.

This is the ninth volume in the texts and calendars series published by Four Courts Press in association with the Representative Church Body Library. 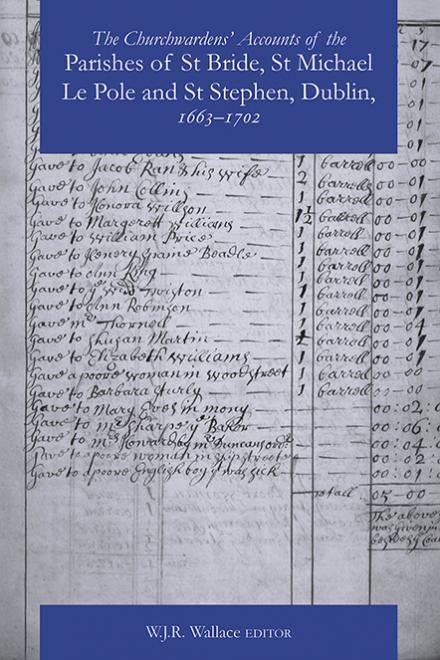