More than Concrete Blocks: Dublin City’s twentieth-century buildings is a three-volume series of architectural history books which are richly illustrated and written for the general reader. Unpacking the history of Dublin’s architecture during the twentieth century, each book covers a period in chronological sequence: Volume I, 1900–40; Volume II, 1940–72; Volume III, 1973–2000. The series considers the city as a layered and complex place. It makes links between Dublin’s buildings and Dublin’s political, social, cultural and economic histories. Full of new research, photography and previously unseen archive images and drawings, they unpack the history of Dublin’s architecture during the twentieth century by presenting both an overview and more detailed examinations of a rich array of buildings.

Volume II explores Dublin’s architectural history from 1940 to 1972. There are 36 case studies, markedly mixed in terms of building type and public awareness, from city-centre schools to the nation’s bus station (Busáras); from a suburban Catholic church and flat schemes to radical office buildings. Volume II covers the middle of the twentieth century, including the largely overlooked 1940s and 1950s. It presents a contentious built history which saw the not-always-welcome rise of architectural modernism, at the service of a modernizing Ireland. 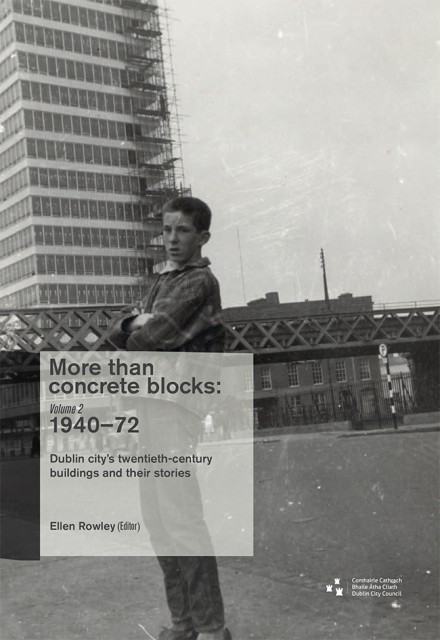