The Parnell split in Westmeath

The bishop and the newspaper editor

This book tells the story of the Parnell split in Westmeath and argues that it was part of a wider revolt by a section of the Catholic middle class against the dominant role of the Church in the politics of the county. The dispute in Westmeath was characterized by the enmity between the local Catholic bishop Dr Thomas Nulty, a passionate anti-Parnellite, and Parnellite newspaper editor John P. Hayden. Hayden was representative of the emergent Catholic middle class and a thorn in the side of Nulty long before Parnell’s divorce became an issue in Irish politics. When the Parnell crisis broke the two were pitted against each other once again. In the ensuing struggle, Hayden used his newspaper, the Westmeath Examiner, not just to support the Parnellite cause but also to roundly condemn his clerical opponents, prompting the bishop to ban the faithful from reading the paper. Although the bishop and his clergy emerged as the clear winners in the Parnell dispute, Hayden was far from vanquished. Following the death of Nulty in 1898, he went on to play a prominent role in the constitutional nationalist movement, both in Westmeath and in his native Roscommon.

Michael Nolan is a BA Humanities graduate of Dublin City University and holds an MA in Irish history from Maynooth University. He is retired from the aviation industry and lives in Dublin. 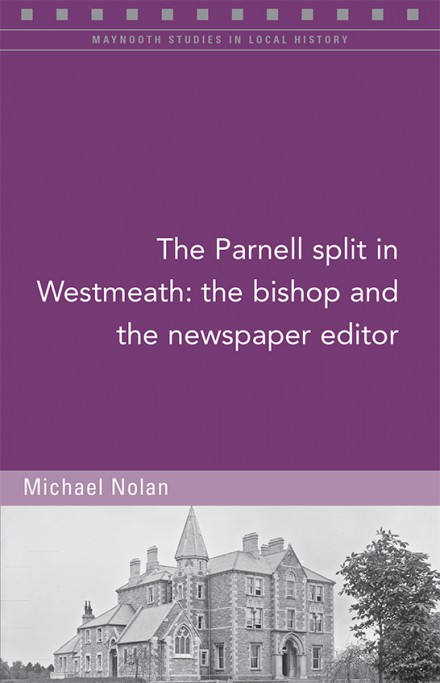