Limerick was a key social, political and military battleground during the Irish revolution of 1912–23. By examining a wide range of contemporary sources, O’Callaghan reveals what life was like for people from all sectors of Limerick society during these turbulent years. In 1912 the home rule movement was the dominant political force in the city and county but support for this cause ebbed away during the First World War. Although the 1916 Rising was a damp squib in Limerick, Sinn Féin, with its demand of an Irish republic, had eclipsed all rivals by the December 1918 general election. Limerick was particularly prominent during the War of Independence between 1919 and 1921. But republicanism was not the only revolutionary dynamic at play, as socialist and agrarian activists also challenged the status quo. As civil war raged in the summer of 1922, Mayor Stephen O’Mara appealed that the people of Limerick desired ‘food, wages and work – not war’. There was little respite until the summer of 1923, and even then bitter land and labour disputes persisted. The revolution in Limerick was incomplete but it was no less divisive for that. No group had realized its ideal for Ireland and Limericks’ nationalists, radicals, separatists, suffragists and unionists were all disappointed, although the middle classes were satisfied that spiralling lawlessness was contained. Some members of the Protestant community, which suffered dramatic demographic decline, believed that sectarian impulses had been a factor. In charting these contrasting experiences, O’Callaghan offers a richly absorbing, nuanced and balanced analysis that contributes greatly to our understanding of this seminal period in Irish history.

John O’Callaghan lectures in history in St Angela’s College, Sligo. Among other works on the Irish Revolution, he is the author of Con Colbert (Dublin, 2015) and The battle for Kilmallock (Cork, 2011). 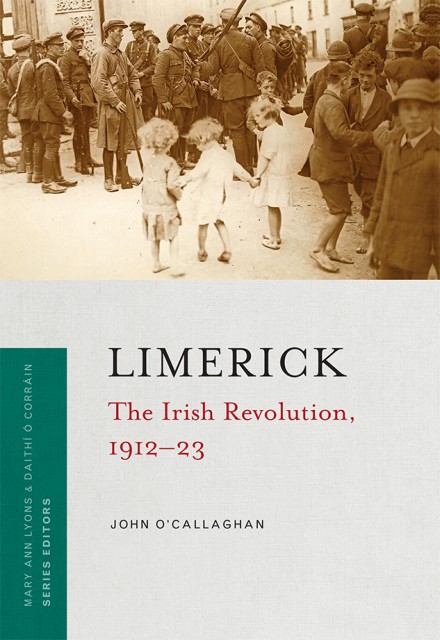