In the late twelfth century, Ireland was absorbed into the dominions of the kings of England. This transformed the social and political life of the island, with implications that resonate to the present day. How are we to interpret this formative period of Irish history? In the course of the twentieth century, three successive occupants of the Lecky chair of history in Trinity College Dublin sought to provide answers. Modern scholarship remains deeply indebted to the work of Edmund Curtis, A.J. Otway-Ruthven and James Lydon. This volume brings together twenty-one of their most influential essays on the social, institutional and political character of the English colony in medieval Ireland. The editor’s introduction explores the careers of ‘The Lecky Professors’ and assesses their intellectual legacy. An indispensable collection of essays for all those interested in the history of Ireland and Britain in the Middle Ages, this paperback new edition contains a bibliographical essay by the editor, which offers a guide to works published between 2008 and 2018.

‘To read [these essays] as a single collection is to be struck by their quality and durability [...] this [is an] excellent book’, Studia Hibernica.

‘Entertaining and extremely well written, researched and footnoted. [The editor] highlights the importance of the authors’ publications, and includes the individuals’ influences and stylistic differences, while keeping a critical eye on both the authors and their commentators’, IHS.

Peter Crooks is lecturer in medieval history at Trinity College Dublin and a fellow of the Royal Historical Society. 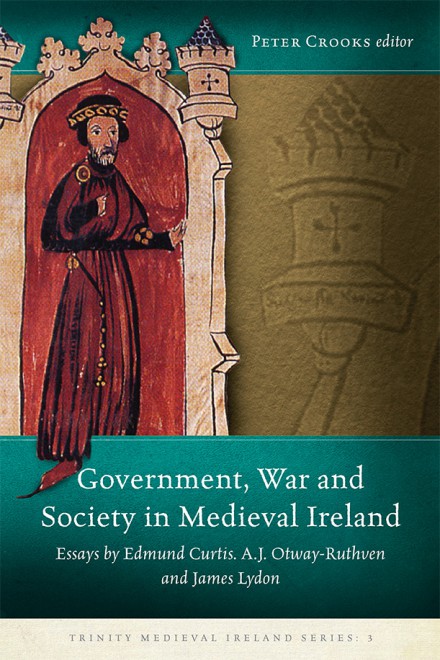