Martin ‘Máirtín Mór’ McDonogh was, in every sense of the word, Galway’s ‘big man’. A natural entrepreneur, and a man of drive, ambition and no small intellect, he took his father’s company, Thomas McDonogh & Sons, and expanded it to the extent that he became the largest employer in Connacht and one of Galway’s richest men. In turn a merchant, farmer, industrialist and politician, McDonogh entered the national political stage when he was elected to Dáil Eireann, where he represented Galway as a Cumann na nGaedheal T.D. from 1927 until his death in 1934. McDonogh came to dominate every aspect of Galway life, from the world of business to its sporting and civic life. A colourful character, who never married and lived a frugal – and somewhat reclusive – life, he was acknowledged as ‘impatient’ and ‘brusque’ by his friends, and ‘terrifying’ by his enemies, but following his death it was widely recognised, by friend and enemy alike, that ‘For half a century he was Galway’.


Jackie Uí Chionna received her Doctorate from the School of History at NUIG in 2010. Currently engaged in post-doctoral research at NUIG, where she specialises in modern Irish history, she is a graduate of UCD, and holds an M.A. in Heritage Management from UCC. A fluent Irish speaker, and traditional singer, she has combined a career in heritage management with academia. 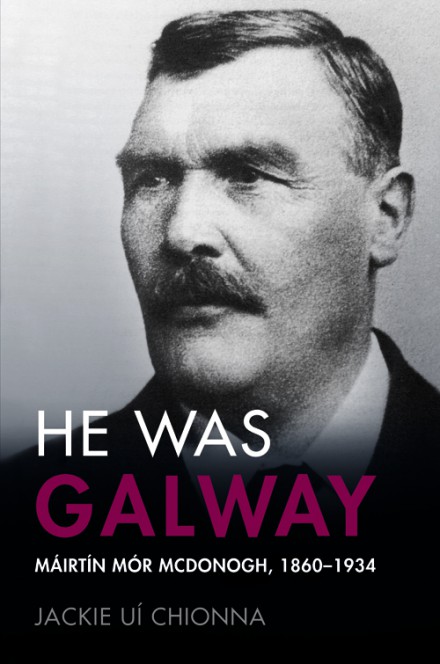