Proceedings of the Friends of Medieval Dublin symposium 2012

This volume contains reports on a number of important archaeological excavations in the Dublin area in recent years, including Claire Walsh’s discovery of a medieval property plot at Back Lane, which contained the remains of Hiberno-Norse and Anglo-Norman houses; Alan Hayden’s investigation of the medieval riverine environment in Temple Bar with vital insights into the depth and course of the Liffey in centuries gone by; and Linzi Simpson’s works on the grounds of St Patrick’s Cathedral, which uncovered parts of the medieval nave, including the south wall and original floor. Also of note: Matthew Stout reconsiders the evidence for Dublin’s situation vis-à-vis the road network of ancient Ireland; Patrick Wallace discusses the role of women in Viking-Age Dublin; Ian Riddler and Nicola Trzaska-Nartowski reassess the significance of a very early comb excavated in Temple Bar, examining its significance for the early settlement of Dublin; Lenore Fischer explores a little-known literary source for the Battle of Clontarf; and Geraldine Stout analyses the role of Dublin’s great Cistercian abbey, St Mary’s in Oxmantown, in the market economy of the Fingal area in particular.

Seán Duffy is professor of medieval history, Trinity College Dublin, and chairman of the Friends of Medieval Dublin. 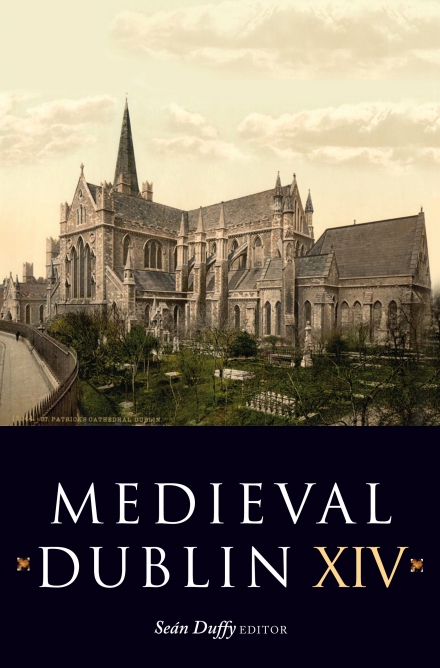