Nature and art in Dante

This volume opens with an essay in which Jennifer Petrie explores Dante’s own use of the term arte, before applying the findings of that exploration to the question of the poet’s aesthetic outlook. Claudia Boscolo then relates Dante’s work to the visual arts in the late Gothic style and considers the role of colour in his poetry. Robert Wilson scrutinizes Dante’s pronouncements on his own aesthetic practice, especially in relation to inspiration. Paolo De Ventura sees in Dante’s Terrestrial Paradise a blending of visual art (especially mosaic), poetry, drama and music, and probes the significance of the allusions to Ravenna. With Francesca Galligan the spotlight moves to poetry, particularly the medieval epic and in it the figure of the Christian hero. Daragh O’Connell then tightens the focus to look at Dante’s art of the simile and its relevance to the wider implications of the metaphor of the poem as ship. A more theological approach underpins the remaining essays. Simon Gilson examines the interrelated concepts of nature, art and divine creation in the context of medieval thought. Matthew Treherne looks at a specific case of divine art in the bas-reliefs of Purgatorio x, and draws parallels between the language Dante uses to describe them, together with his bewilderment at what his senses seem to be saying, and the language used in the liturgy and theology to speak of the Eucharist. Lastly, Denys Turner discusses the significance of the vernacular for Dante as the most embodied and expressive, and so most fully human, form of language.

The main areas of Daragh O’Connell’s research include Sicilian literature of the Ottocento and Novecento as well as 18th-century Neapolitan intellectual culture and the poetics of Dante. Jennifer Petrie has devoted her scholarly endeavour principally to the writings of Dante, Petrarch and St Catherine of Siena. 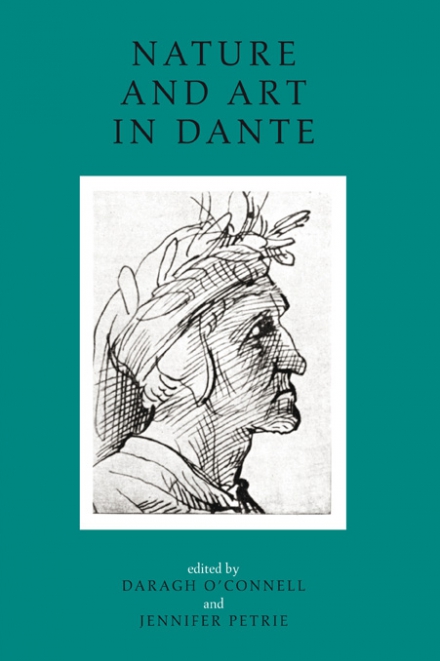