Leaders of the city

‘Thirteen chapters, each with a focus on a different “first citizen”, including such luminaries as Dublin’s first lord mayor, Sir Daniel Bellingham, Daniel O’Connell, Alfie Byrne and Kathleen Clarke, highlight the different ways in which these individuals helped to shape their city … this is a valuable and elegantly presented study of an important Dublin institution, which deserves the attention of all serious students of the city’s past', Patrick Walsh, Eighteenth-Century Ireland (2013).

‘The variety of contributions and the tight editing make Leaders of the City readable and enlightening. From a personal perspective, it was a pleasant surprise that the subject, which has the potential to be somewhat dry and disengaging, turned out to be a fascinating journey through the history of Dublin from 1500 to the 1950s. The contributors skilfully threaded the biographical details of the various incumbents into the context of their particular periods of office … The thirteen essays in Leaders of the City chart a captivating social dialogue between the civic elite of Dublin and its inhabitants during these tumultuous and often divisive periods in Irish history. The editors offer a fine introduction … Overall, Leaders of the City succeeds in its objective – to shine a light on the lesser-known historical characters and their political machinations within Dublin’s civic society. The footnotes are also excellent and informative. [This book] will be an essential resource for any future historians of Dublin and its local governments’, Gordon Kennedy, Irish Literary Supplement (Spring 2016).

‘This edited collection is a fine contribution and a rare example of a work that examines Irish mayors and mayoralty in a scholarly fashion … Collectively, the mayoral portraits in Leaders of the City provide fascinating glimpses into the lives of an admittedly untypical, and until 1939, exclusively male socio-economic elite … Leaders of the City has three very useful appendices … it also includes thirty-four maps and illustrations … The editors and contributors … are to be congratulated on producing a book which makes valuable contribution to our understanding of Irish mayoralties and … leaves the reader wanting more', Matthew Potter, Irish Economic and Social History (2017).

‘A wonderful new history of the mayors and lord mayors of Dublin … this volume provides an exceptional insight into the personal lives, ambitions, achievements, failures and tragedies of Dublin’s first citizens from 1500 as the capital of the Lordship of Ireland … The select bibliography is exceptionally useful for further research. The illustrations are excellent throughout. A most enjoyable and very interesting read indeed', Michael Merrigan, Ireland's Genealogical Gazette (2013).

‘The generally excellent and informative essays, many by younger scholars, filled with fresh research and insights should be read not only for what they tell us about the past, but for what they might suggest should be avoid in the future. They will provide part of a context in which a debate about democracy in Dublin might be held … Alfie Byrne was an immensely popular figure [and] David McEllin’s pioneering essay on this distinctive Dubliner ought to be the basis of a full length biography, if only more papers relating to him can be found', Peter Costello, The Irish Catholic (August 2013).

‘Choosing their subjects from the long list of mayors of Dublin from 1500 to 1950, McManus and Griffith take pains to examine the lives and careers of the most colourful, diverse, or despised … well-illustrated', Reference & Research Book News (October 2013). 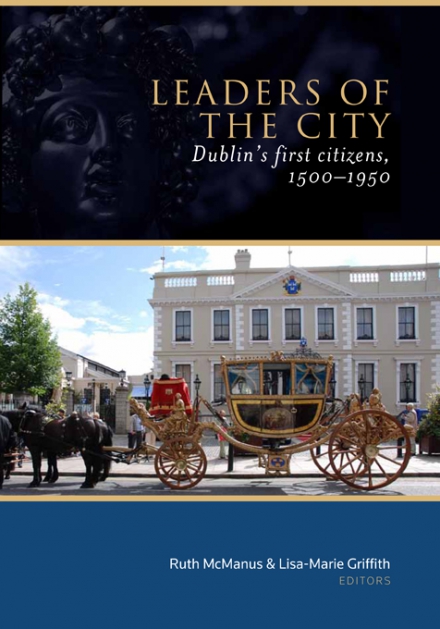