Children's literature on the move

‘With so much discussion about immigration and national identity in the air, a book with the subtitle Nations, translations, migrations is a timely production … There is much that is fresh and original here … so many of the essays are attractively written and informative … Perhaps more important than the quality of individual essays, however, are the ways in which, collectively and thematically, they persuade us to consider the treatment of history, ideology, and national identity in children’s books. They invite us to consider the effects on the child of migration and the loss of the native land. They help us to reflect on such issues as how literature produced in one country can be interpreted and misinterpreted in another. Yet they achieve all this through concrete literary examples in a variety of forms: poems and periodicals, fantasies, picture books and realistic novels. This is a splendid collection’, Dennis Butts, Children’s Literature Association Quarterly (Winter 2014).


‘[The book] is extremely attractively produced … there is a great deal that is quite fascinating … In a volume such as this, erudition is to be expected and there is a fair amount on display, almost totally free of the theory-dominated jargon that disfigures some contemporary children’s literature “criticism”. But entertainment is a wonderful bonus and in this collection there are two essays of which, given the book’s emphasis, it can only be said that they add considerably to the gaiety of nations. Celia Keenan’s entry into the maze of mystery surrounding the origins of Pangúr Bán is a sprightly piece of literary and linguistic detective work [and is] one essay that will bring in the general reader … the world of contemporary Irish children’s literature, its academic wing included, is an “absorbing and exciting” place to be', Robert Dunbar, Books Ireland (March/April 2014).

‘As a site of intergenerational communication about what it means to be a member of any given community, children’s literature is a privileged domain for constructing and challenging notions of identity … This volume fittingly presents a range of different critical stances toward and instances of nations constructed and deconstructed in writings for children … This sixth publication of the Irish Society for the Study of Children’s Literature continues the laudable tradition of promoting scholarship of Irish language in conjunction with that of other cultures by looking beyond English-speaking countries to identify points of contact with other literatures … It maintains the high standard of scholarship and breadth of scope established by the previous volumes, is handsomely produced, and has a comprehensive index. It also boasts a wonderfully appropriate jacket illustration’, Emer O'Sullivan, Jeunesse (2016). 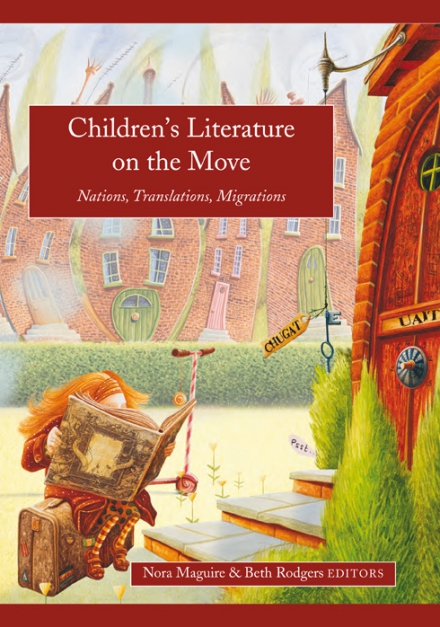