St Audoen’s, on a prominent site in Cornmarket, is one of the most distinctive churches in the city of Dublin. A medieval foundation dedicated to the seventh century French saint, St Ouen, patron saint of Normandy, the spiritual home of the Guild of St Anne which was a bulwark of the counter Reformation in the sixteenth century, and the church of the Lord Mayor and Corporation, St Audoen’s has played a prominent part in the life of the city. Although the parish registers are extant from the late seventeenth century, the vestry minute books have not survived.

This volume is a partial reconstruction of the vestry records based largely on printed extracts from the originals which were published in the Irish Builder and previously unpublished transcripts in Marsh’s Library made by the Revd Christopher McCready. It provides valuable insights into the life of the parish and the city of Dublin in the seventeenth century. 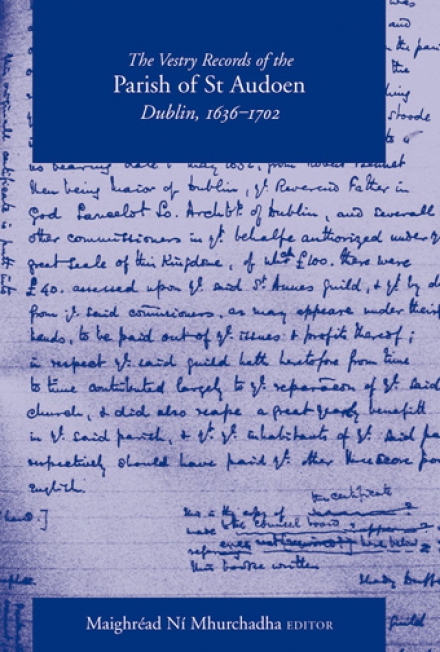