Imperial contexts in the origins of modern education

The rise of mass education is often viewed in national isolation, yet the phenomenon can only be understood in global terms. The enormous advances in Irish education up to 1914 occurred within an imperial anglophone world: Irish schools were profoundly affected by prevailing ideas on class, race, gender and civilization. But schooling was also shaped from below, by the abiding popular belief that education was the key to family advancement, and by the Catholic Church, which passionately held that clerical control was essential. The essays here explore the competing ideologies and policies that moulded Irish educational institutions during the long nineteenth century, examining in particular how the values and narratives of empire were embedded. They also explore Ireland’s educational impact across the English-speaking world in the era of high empire, ranging from the freebooting Irish schoolmaster on the American frontier to the global reach of the Christian Brothers.

David Dickson is a professor of history in Trinity College Dublin. Justyna Pyz and Christopher Shepard are researchers with him on the IRCHSS-funded project, ‘Ireland, empire and education’, based in the TCD Centre for Irish-Scottish and Comparative Studies. 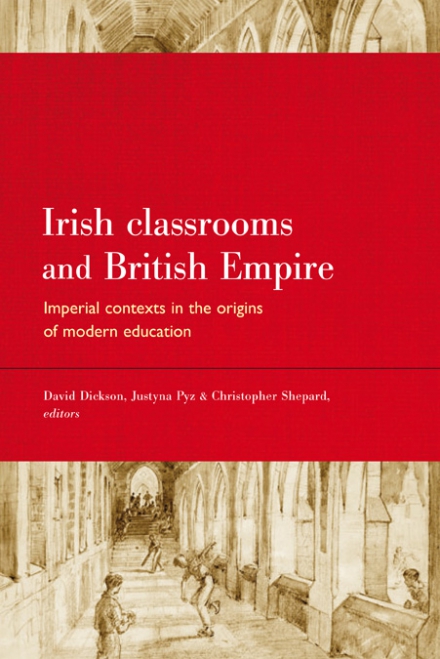