This is the first operational account of the Irish House of Commons in the early Stuart period, a time of immense change in early modern Ireland, when the parliament’s structures and operations were established in a manner that would endure until the Act of Union.

This book describes the structures, powers, personnel, culture and operations of the lower house of the Irish parliament, including electoral practice, the legislative process, economics of parliaments, including costs, taxation and MPs’ wages, MPs’ individual and collective relationships with government, the House of Lords and their own constituents, the crown and the English parliament. It also explores how the parliament, its personnel and work changed during the government of lord deputies Arthur Chichester and Thomas Wentworth and during the period of the Confederation of Kilkenny.

Bríd McGrath is an acknowledged authority on early modern Irish parliaments and towns, the author of a large number of articles and chapters on early modern civic and state governance and the editor of The Minute Book of the Corporation of Clonmel, 1608–1649 (Dublin, 2006), Acts of the Corporation of Coleraine, 1623–1669 (Dublin, 2017) and, with Aidan Clarke, of the Letterbook of George, 16th earl of Kildare (Dublin, 2013). 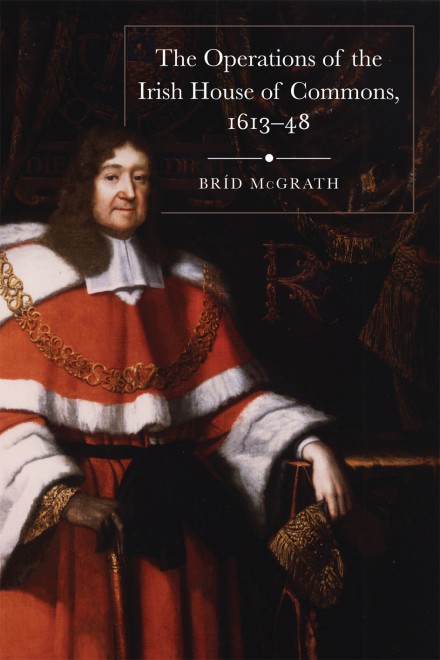