The Historian as Detective

“The Historian as Detective: Uncovering Irish Pasts. If Carlsberg did Festschrifts. What an absolutely splendid volume, and what a truly appropriate tribute and testimony, not just to the sheer range of Ray’s research interests, but to the huge number of scholars, in a variety of fields and disciplines, that Ray has befriended, encouraged and inspired over so many years. Four Courts Press should certainly be warmly thanked and congratulated for their timely production of the book, and not least for its attractive and witty cover … And Eighty-one contributors! The imposing length of the list of contributors is without question a reflection of just how many people wanted to be involved, and to put their admiration for Raymond Gillespie on permanent record. The names of the authors are an A to Z, or at least a B to W, of eminent scholars of Irish history and culture. Everyone who is anyone is to be found in this volume … The book is enormously enjoyable as well as addictive. And unlike sugary confectionary, it’s actually good for you. Apart from anything else, the volume demonstrates, as if it needed proving, that history can be great fun. And that comes across, I think, because, liberated from the tyranny of the footnote, the authors here clearly are having fun, even where the topics they are writing about are themselves serious and thought-provoking ones. The entire team of contributors has entered gamely and gracefully into the spirit of historian as detective. There are a fair few murders and other heinous crimes, as well as a good number of crucial documents that are discovered to be missing, by accident or design, some of them subsequently retrieved and others not. Chapter titles ripple with playful references to ‘the mystery of’, ‘the curious case of’, and the essays are adorned with sideways allusions to Raymond Chandler and Arthur Conan Doyle. A few contributors just decided to go the whole hog, and wrote up their chapter as a witty pastiche of something in the detective fiction genre. To borrow and invert a slogan from that great ecclesiastical authority, Fr Ted, Up with this sort of thing! The Historian as Detective delivers within its covers a vast range of themes and topics, running from the fourth century to the twenty-first, and an epic cast of historical characters. St Patrick, Oliver Cromwell, Wolf Tone, Daniel O’Connell and James Joyce all make an appearance, but so do hundreds of ordinary and unheralded folk, one of them an ill-fated cabin-boy by the name of Gillespie. The focus is on the history of this island, but readers will come away with an enhanced understanding of how Ireland’s pasts have long been entwined with those of other places. What unites all of the contributions, though, is a sense of the excitement, challenge and open-endedness of dialogue with the people of the past. And what emerges as well, even without the formalised acknowledgement slip of the footnote, is a powerful picture of history as a collective and collaborative endeavour. These are all qualities that define Ray as a historian and as a person”. Professor Peter Marshall, University of Warwick.

“Festschrifts can be dull, earnest endeavours, exuding worthiness and wordiness. This one is much different. It consists of over 80 short pieces by friends and colleagues of Raymond Gillespie, much-regarded professor of history at Maynooth University. A delightful soufflé of sagacious frothiness, exciting the palate and the senses. A parade of distinguished historians, archivists and economists jostle to provide a mouth-watering tasting menu of their talents. Here are just two – ‘Fifty ways to cleave your brother: misfits, mayhem and murder in medieval Irish monasteries’ by Colman Ó Clabaigh, OSB; and ‘Ireland’s lost Cardinal’ by Oliver Rafferty, SJ. But all are well worth the price tag.” Ian d’Alton, The Irish Catholic 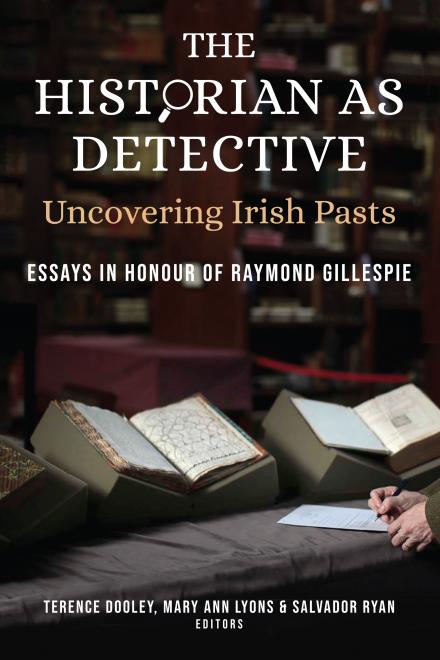 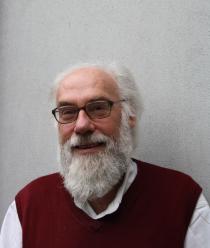