Educated at the Bar Convent, York, Teresa Ball became a pioneer of girls’ education when she returned to Ireland in 1821 and opened Loreto Abbey convent and boarding school in 1822. The Dublin convent quickly attracted the daughters of the Irish elite, not only as pupils but also as postulants and novices. The expansion of Loreto convents in Ireland saw the nuns extend academic education to the daughters of the rising Catholic middle class. Teresa Ball also established free schools for the poor, which were attached to each convent.

The convents provided a supply of nuns who established a network of Loreto foundations in nineteenth-century India, Mauritius, Gibraltar, Canada, England, Spain and Australia. How did these Irish women make foundations in parts of the British empire, and what kind of distinctive ‘Loreto education’ did they bring with them? The book draws on extensive archival research to answer these questions, while providing a new and important account of girls’ schooling.

The book also provides an original study of the Balls and their social world in Dublin at the start of the nineteenth century. Their network included members of the Catholic Committee, members of the Catholic church hierarchy and wealthy Catholic merchants. The book gives new insight into how women operated in the margins of this Catholic world. It also shows how the education of the Ball children, at York and Stonyhurst, positioned them for success in Catholic society, at a time when the confidence of their church was growing in Ireland.

Deirdre Raftery is professor of the history of education at University College Dublin. Author of many publications, she is an elected Fellow of the Royal Historical Society. She has held many awards including a Fulbright (Boston College), and a visiting fellowship at the University of Oxford. 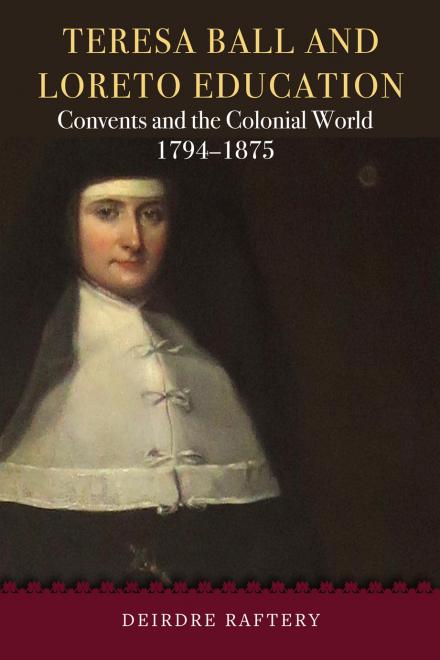