Imprisoned during the War of Independence, Peadar Cowan accepted the Anglo-Irish Treaty and served as an officer in the Irish army until 1931. While based in Athlone, he became involved in the Westmeath Gaelic Athletic Association. After retiring from the army, he became involved in fringe politics before joining the Labour Party and was an unsuccessful candidate for election to Dáil Éireann in the Meath–Westmeath constituency. He resigned from the Labour Party in 1944 and founded the short-lived radical socialist Vanguard organization. He was also involved in the Republican Prisoners’ Release Association and was a founder member of Clann na Poblachta in July 1946. He retained his seat as an independent in 1951 and supported Fianna Fáil in the vote to form a new government. Cowan was unconditional in his support of Noel Browne and his doomed Mother and Child Scheme. In his second term in the Dáil, he was a lone voice when he raised the issue of institutional abuse. Cowan’s personal and professional life unravelled in the late 1950s, he served a prison sentence and on his release wrote Dungeons deep, an analysis of the Irish prison system.

Tom Hunt is a native of Clonea, Carrick-on-Suir, County Waterford and is one of Ireland's leading sports historians. He holds a PhD degree in history from De Montfort University, Leicester. He is the author of Sport and Society in Victorian Ireland: the case of Westmeath (2007) and The Little Book of Irish Athletics (2017). He has contributed chapters to Sport and the Irish: histories, identities and issues; the Gaelic Athletic Association, 1884-2009 and The Evolution of the GAA, Ulaidh, Éire agus Eile. He has also completed researching and writing the history of the Olympic Council of Ireland. 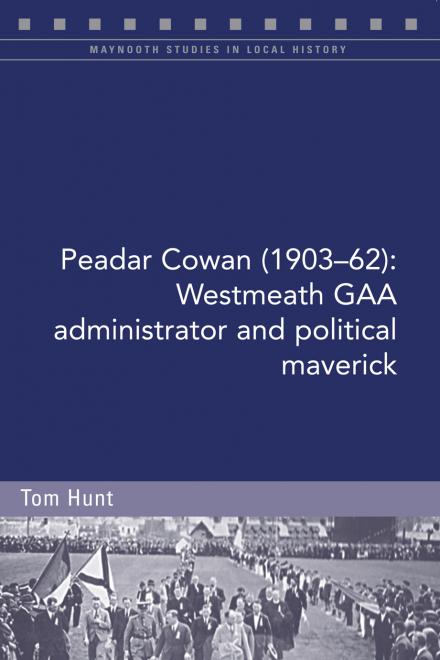