Politics and political culture in Ireland from Restoration to Union, 1660-1800

Jacqueline R. Hill and the study of history in Ireland: a career of dedication and achievement
Vincent Comerford and Bernadette Cunningham

‘The receiver-general is not in cash to pay …’: the financial travails of Dublin Corporation, 1690–1760 – causes, actions and political impact
Brendan Twomey

The politics of pageantry: the participation of Dublin guilds in public-facing ceremonial and celebratory events, 1660–c.1770
Mary Ann Lyons

Dublin in an ‘era of improvement’: the public and the growth of the eighteenth-century city
James Kelly

Presbyterians and Jacobites in County Antrim in 1716: the interplay of local and national politics in early eighteenth-century Ireland
D.W. Hayton

‘The common opinion of the town’: rumour and rancour in provincial Ireland, 1758
Toby Barnard 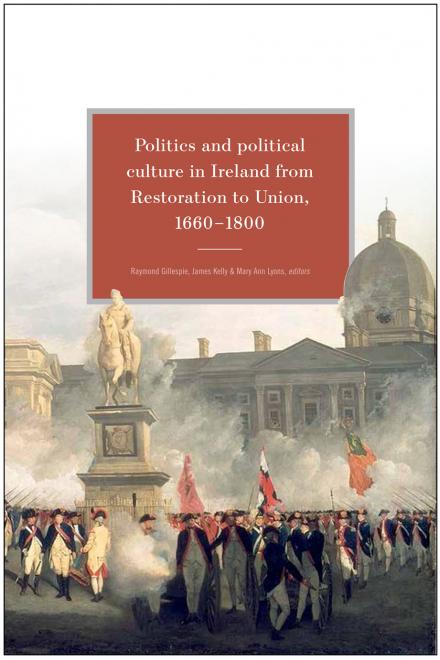