This volume contains a wealth of new scholarly research on Dublin’s fascinating medieval past, including paired papers by Joseph Harbison and René Gapert that re-examine skulls found on the site of the Hospital of St John the Baptist, Thomas Street. Paul Duffy presents the findings of his major excavation at the site of the medieval church of St Peter of the Hill at Aungier Street/Stephen’s Street, while Aisling Collins explains the significant findings from the dig of the church and graveyard at St James’s, including a haul of remarkable late-medieval artefacts. Franc Myles reports on the findings of his excavation at Keysar’s Lane beside St Audeon’s church in High Street, including some fascinatingly decorated medieval floor-tiles; Jon Stirland reports on the discovery of two parallel ditches of possible early medieval/medieval date located to the rear of nos 19–22 Aungier Street; and Edmond O’Donovan describes his discoveries while excavating in the internal courtyard at the site of the Bank of Ireland at Parliament House, College Green, marked on Speed’s 1610 map of Dublin as ‘the hospital’. Also, Alan Hayden reports on his excavation of property plots fronting onto Kevin Street and New Street and what they tell us about the supposed fourteenth-century decline of Dublin. Historical papers include Brian Coleman’s study of taxation and resistance in fifteenth-century Dublin, while Stephen Hewer examines the oldest surviving original court roll of the Dublin bench, dating from 1290.

Seán Duffy is professor of Medieval Irish and Insular History at Trinity College Dublin and chairman of the Friends of Medieval Dublin. 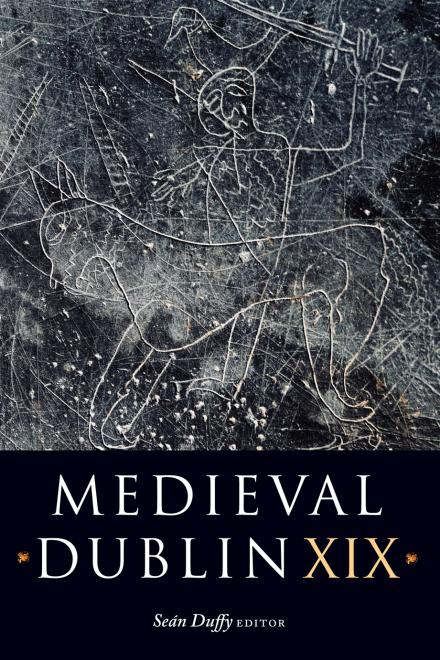