The land question had a crucial formative influence on Mayo politics in the decades before the First World War and this book shows the part played by many prominent nationalist figures such as Davitt, O’Brien, Dillon and MacBride in shaping the political landscape in Mayo. It explores how the Irish Parliamentary Party’s very powerful position, built upon a solid local support base during the Land War, was successfully challenged by Sinn Féin after 1916. The impact of the First World War on this shift within local politics and on the position of more marginal groups in Mayo, notably unionists and labour activists, is also assessed. Augusteijn highlights how a small group of republican activists, operating in a few localities, gradually radicalized and became involved in conflict with the authorities, taking with them ever growing sections of Mayo’s population. This explains the strength of the republican counter-state in the county, why force was only used there towards the end of the struggle for independence, and how it came to have one of the leading anti-Treaty forces during the Civil War.

Joost Augusteijn, a senior lecturer at Leiden University, has published extensively on the Irish Revolution. 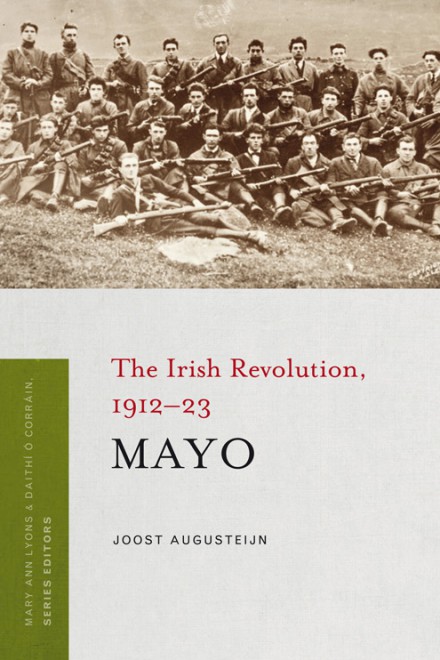