Essays on Limerick history in honour of Liam Irwin

From Viking trading place to modern hi-tech city, Limerick’s long history as Ireland’s oldest Atlantic port has been played out against its natural backdrop of limestone and river. The stone circles of Lough Gur, the Norman strongholds of Askeaton and Adare as well as King John’s Castle, the Treaty stone, the Georgian quarter of Newtown Pery, Cleeves Factory and Thomond Park all stand proudly within this landscape today as monumental testimony to the region’s character, a place where the peoples of Ireland and Britain have clashed, meshed and evolved into a distinctive whole.

With such a vibrant cultural inheritance, it is hardly surprising that Limerick is also the home of one of the oldest and biggest of Ireland’s local history societies, first founded as the Limerick Naturalists Field Club in 1892 and now the Thomond Archaeological and Historical Society (TAHS). This volume of essays on Limerick city and county has been put together in honour of Liam Irwin, retired Head of History in Mary Immaculate College and leading member of the society for forty years, by his many admirers and friends. 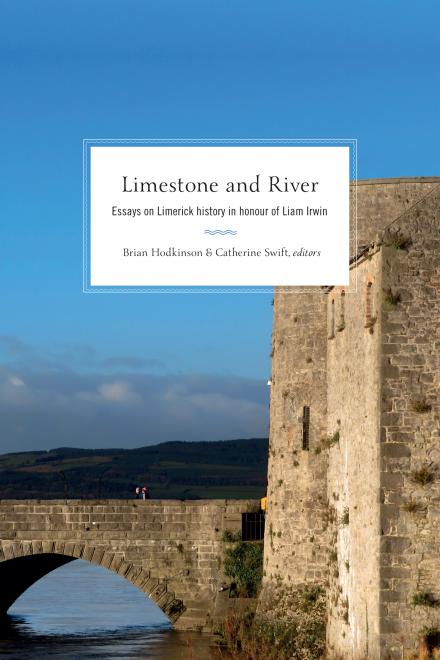