In 1912, Fermanagh lay awkwardly between two competing and often hostile communities – the Ulster unionists in the north and the Irish nationalists in the south. An even population split made it one of the few counties in which a true political and later military contest between unionism and nationalism took place.

This is the first in-depth examination of the Irish Revolution in Fermanagh and its political, economic and social context. Dan Purcell reveals how political tensions initially played out on the political trail and at local government level rather than in militant action. The initial radicalization of the Ulster unionist movement in the county and the response from nationalists are assessed, as are various legal and illegal electoral strategies deployed by both sides to secure local political dominance. The First World War saw strong recruitment in Fermanagh as both communities, particularly unionists, answered the call of their political leaders to enlist.

Although Fermanagh appeared calm and seemed to have been spared the violence witnessed in other counties after 1916, in reality tensions were running high as both communities strove to avoid direct provocation of the other. The Government of Ireland Act (1920), which divided Ireland into two jurisdictions, placed Fermanagh in the new state of Northern Ireland and ushered in a more militant phase. In the aftermath of the establishment of the border, the key events of the revolutionary period in the county included the sack of Roslea, the IRA’s ‘invasion’ of Belleek and the formation of the Ulster Special Constabulary. During 1920–3 unionists in Fermanagh vigorously defended what they held, while nationalists proved surprisingly willing to accept their situation in the misplaced hope that the Boundary Commission would resolve the border issue.

Daniel Purcell completed his PhD at TCD in 2018 under the supervision of Dr Anne Dolan and Dr David Fitzpatrick. 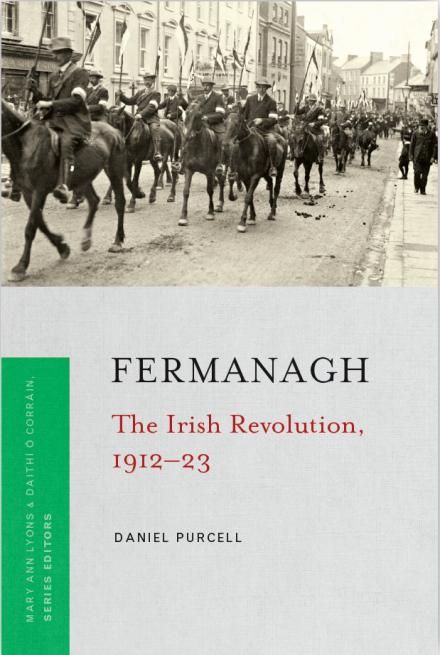