Shaping the city and suburbs

Between 1910 and 1940 Dublin's suburbs grew considerably. For the first time, planned suburbanization of the working classes became a stated policy, with new and idealistic schemes such as Marino, Drumcondra and Crumlin being built. At the same time, private speculative development was continuing at the edges of the city, where individual builders, such as Alexander Strain, often had a major impact on the layout and style of the suburbs. The extent of the interaction between State, local authority, public utility societies and private speculators suggests that a development continuum existed rather than a strict division between public and private development.

This was also a period when the modern town planning movement and evolving ideas about citizenship in the new State impacted on the shaping of the city. Many of the formative decisions that came to shape the modern low-rise, low-density city were taken at this time. The story of Dublin's development in the period from 1910 to 1940 covers a time of major political and social change in Ireland. The book is illustrated with maps and photographs.

Contains a Foreword by Dermot Bolger

Ruth McManus is Associate Professor of Geography in Dublin City University. She is the author of Crampton Built (2008), the co-author of Building Healthy Homes: Dublin Corporation’s First Housing Schemes, 1880-1925 (2021) and co-editor of Leaders of the City (2013). Her interests include urban geography, suburban history, population, heritage, tourism and geography education and she is co-editor of the Making of Dublin City series. 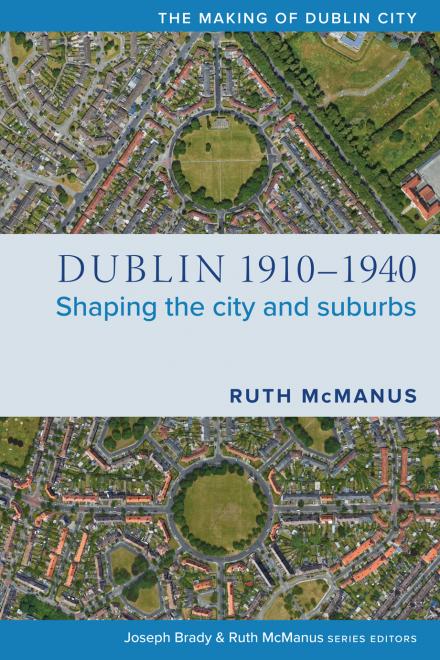