The controversial career of a Cork surgeon

Denis Brenan Bullen was a controversial figure in the medical history of Cork in the first two-thirds of the nineteenth century. As a teenager in 1820 he played a central role when his father clashed with John Woodroffe, surgeon at the South Charitable Infirmary. In the 1840s he was the key figure in the founding of Queen’s College Cork (QCC). As Inspector of Anatomy and Professor of Surgery at QCC in the 1850s, he engineered the dismissal of Benjamin Alcock from the Chair of Anatomy and Physiology. In the 1860s he tried to close down the last private medical school in the city run by Henry Augustus Caesar before falling into disgrace through an ill-judged bid for the presidency of Queen’s College Cork after the West Wing fire of 1862. This led directly to the loss of his own Chair and his eldest son’s emigration to Australia. By following his career in some detail, we get a clearer picture of the first half-century of medical education in Cork.

Michael Hanna graduated with a first class Masters degree in Local History from University College Cork in 2018. He has curated an exhibition on John Woodroffe, MD and published in the journal of the Cork Historical and Archaeological Society on Cork's medical history. He is currently writing a history of the National Children's Hospital Dublin. 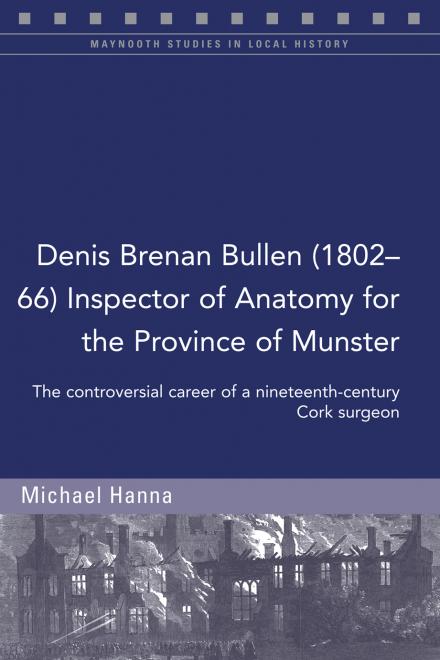