During the twentieth century, Dublin Corporation transformed the urban landscape of Dublin. Its many housing developments sought to end a housing and public health crisis of immense proportions, the legacy of the nineteenth century.  Its early engagement with the housing crisis was tentative and involved mostly small inner city schemes, many of which are unknown to present-day Dubliners. Yet, these schemes were built well and most continue to be lived in and appreciated. This book is a commemoration and an analysis of the early schemes from the 1880s to the late 1920s. These are examined in some detail and the book is comprehensively illustrated with maps, photographs and block plans. Housing policy evolved during this time and the reader will learn that the issues faced and the solutions found remain relevant to the present day. The reader will also meet many of the significant people who shaped the city; people such as Charles Cameron, H.T. O’Rourke and P.C. Cowan. The text ends with a detailed account of Marino and Drumcondra. These schemes, especially the former, represent the culmination of policy development and were seen as models for the future. The fact that they remain sought-after today is a testament to the quality of that vision.

Joseph Brady is an urban geographer and formerly of University College Dublin. He is the author of many works on the development of Dublin and co-editor of the Making of Dublin City series of books, published by Four Courts Press.

Ruth McManus is Associate Professor of Geography in Dublin City University. She is the author of Dublin 1910-1940: shaping the city and suburbs (2021) and Crampton Built (2008), and co-editor of Leaders of the City (2013). Her interests include urban geography, suburban history, population, heritage, tourism and geography education and she is co-editor of the Making of Dublin City series. 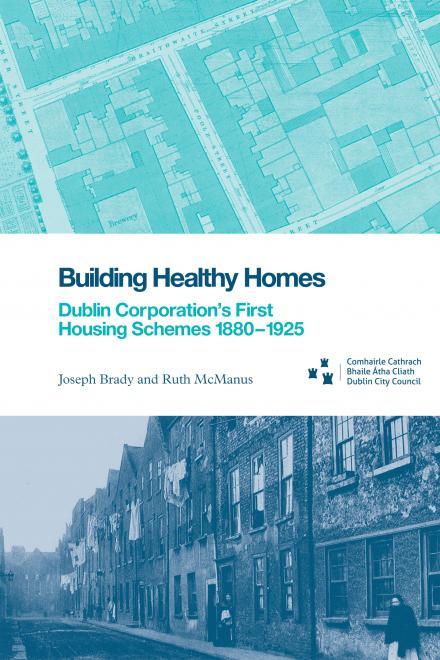