“Another excellent well researched publication by Jim Herlihy adding to his extensive series of books on pre-1922, Police Forces in Ireland. This book does exactly what it says on the title and sub-title - its focus is to define who exactly were the Black and Tans - their names, registered numbers, year of birth, and original residential addresses, their religious affiliation and their status on completion of service … This publication in its targeted potted history gives a detailed background to each service mentioned and leaves no room for doubt as to the political strategy adapted to provide back up support to the existing Police Force in Ireland in the teeth of the war of Independence … The author clearly outlines the serious error of policy adapted by the British in deploying such forces into a country that was already embarking on a path to independence and was likely to engender further resentment at a time when what was needed was rained Police personnel who understood the necessity to observe the rule of law. Instead they got a combination of para- military personnel with no training in policing and were not answerable to the existing Police command structure. Their behaviour which is well documented in Irish History, caused outrage throughout the country … This publication is a major contribution to both the historical and genealogical narrative’s that constitute the “Black and Tans”, who’s membership included the late William Hill the well-known bookmaker and prolific author Douglas Valder Duff. For the researcher in Police history this publication is a must and I highly recommend it as a classic for the detailed researcher in the context of Police genealogy in Ireland.” John Duffy, Former Curator of the Garda Museum/Archives.

“Ireland’s foremost authority on the history of Irish policing and police forces, Jim Herlihy, has once again produced a hugely important resource for Irish genealogy, and, indeed, Irish historical research … The depth of his knowledge has astounded his audiences as he effortlessly provides a detailed historical narrative interwoven with case studies, explanations of the source material, and, crucially, how to access the information. The Black & Tans, 1920-1921: a complete alphabetical list, short history and genealogical guide is a monumental work of exceptionally detailed research and, without doubt, opens up many avenues for further academic research in several disciplines. This work is highly recommended as an essential resource.” Michael Merrigan, Ireland’s Genealogical Gazette

“Rightfully described as ‘Ireland’s foremost authority on the history of Irish policing and police forces’, retired Garda and co-founder of An Garda Síochána Historical Society, Jim Herlihy has published yet another worthy and authoritative book … this one, in particular, will hold great interest for students of Irish history and will also represent a great treasury for those researching family members connected with, or indeed affected by the actions of the ‘Tans’. The book clearly explains all the different divisions of those units policing Ireland during the war of independence, ranging from the temporary constables – the ‘Tans’ – to the Auxiliaries. Some readers will be astonished to learn that 20% of the ‘Tans’ and 10% of their ‘management cadre’, the Auxiliaries, were actually Irishmen. In my opinion, this substantial and highly readable paperback deserves a place in the Irish history section of every library.” D.J. Kelly, The Wild Geese


The Black & Tans, 1920-1921: A complete alphabetical list, short history and genealogical guide, details the three wings of the Black and Tans — the RIC Special Reserve, mainly recruited in Britain; the Temporary Constables, and the Veterans and Drivers Division. “They were initially given ill-fitting khaki trousers and green tunics and collectively gained the moniker ‘Black and Tans’,” said Mr Herlihy. “Even though the uniform situation was sorted by December 1920, the title ‘Black and Tans’ would remain long after into history.” Sean O'Riordan, The Irish Examiner, May 2021

“Fifty pages of this remarkable book are given over to a very clear narrative account of the raising of the RIC Auxiliary Force and their Special Reserve (RICSR) and the recruiting and enlistment process, their employment and ultimate disbandment. A section follows which provides a detailed and comprehensive guide to the contents and availability of records which will help in tracing those who served in the RIC, RICSR etc. But by far the largest part of the book is the alphabetical roll of the 7,684 men who enlisted in the RICSR between 6 January 1920 and 7 July 1921. Each entry in this Section of over 200 pages  gives, in a couple of lines, full name, registered RIC number, year of birth, native country and county, recruiting office, army service, previous occupation, marital status, remarks and religion. Further appendices follow which give details of recruiting offices across the UK, analysis of ages, religions, countries of origin, a list of the 143 members who died on duty, an annotated  roll of the 2,189 men who enlisted as temporary constables and so on. This is a most remarkable book which is clearly the result of meticulous research over many years by the author ... and will surely become the definitive work on the subject. But this is a book which will appeal not only to those interested in Irish or Police history but also to all with an interest in the British Army of the period because not only did ex-British soldiers play a huge part in shaping the RIC but many returned to serve in the British Army once discharged from the Black and Tans. Highly recommended.” Clive Elderton, Chairman of the The Military Historical Society

“mysteries still surround the force and its activities ... This book gives a meticulous roll call of their names ... this is a valuable book, exemplary work by Jim Herlihy.” Peter Costello, The Irish Catholic

“Jim Herlihy is hugely respected amongst historians of the RIC. His monumental index, The Royal Irish Constabulary: An Alphabetical List of Officers and Men, 1816-1922 was, prior to the digitization of the RIC General Registers of Service by FindMyPast, an utterly indispensable research tool, and his subsequent biographical and genealogical guides to its officers and men remain very valuable sources for those interested in the force ... This book is, in the final analysis, a valuable addition to the published research. It will become a standard reference work for those working on the force, its painstakingly-compiled nominal rolls providing a welcome ease of access to biographical information on those listed which will greatly facilitate prosopographical analysis. Moreover, it provides over 40 very useful sub-lists and statistical tables abstracted, in the main, from these three rolls, including alphabetical listings of the Irish-born in each ‘police group’. The book will also serve as a standard genealogical source for anyone researching individual RIC members, not least on account of a fourth introductory chapter on ‘tracing RIC ancestors’ which provides a concise and extremely valuable guide to surviving RIC personnel records. With this book Herlihy’s status as the person who has done more than anyone to facilitate research into the RIC is secured”. Seán William Gannon, The Irish Story (Online) (20th August 2021)

“The alphabetical list of Black and Tans takes up exactly half of the text, some 217 pages, and will probably be of most interest to researchers. It is well worth the effort of reading closely, particularly for the numerous fascinating insights it gives regarding why men resigned from the Black and Tans ... It is details such as these that help to humanise the Black and Tans. Herlihy’s book is recommended for anyone researching their Black and Tan ancestors or relatives.”. Brian Griffin, Irish Studies Review 30:1 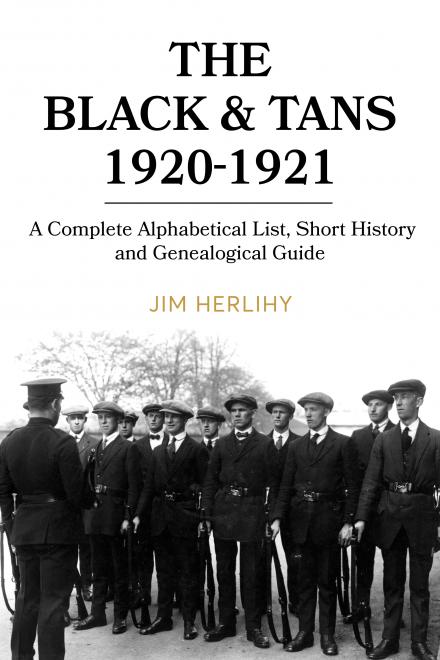 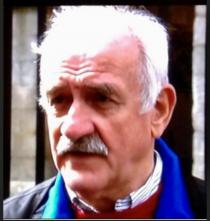