The kingship and landscape of Tara

‘The book is beautifully designed and produced. It is a major landmark in the study of early Irish history and of Tara itself … The Discovery Programme and the authors are to be warmly congratulated on this fine work of great scholarship', Conleth Manning, Irish Economic & Social History.

'A formidable work …one that wholly succeeds in its stated aim to "function as a reference book for teachers, students and anyone interested in late prehistoric and early medieval Ireland" (p. xiv). This impressive volume should find a place on the bookshelves of any serious scholar of Irish history and archaeology', Audrey Horning, Journal of Medieval Archaeology (November 2007).

'This scholarly volume, the third to arise from the inter-disciplinary Tara Project organised as part of Ireland’s Discovery Programme is divided into two sections. The first, on Kingship is by far the largest; immensely detailed on the nature of the Tara kingship and on early texts it will be of great interest for historians of early Ireland ... [T]his weighty book makes an important contribution to knowledge of the great royal sanctuary and ritual landscapes of Tara coming as it does at a time when so many of its archaeological sites are under threat from new road building', Robin Glasscock, The Medieval Settlement Research Group Annual Report.

‘This volume contains a number of exemplary contributions …the stimulation that comes from The kingship and landscape of Tara are a credit to those involved in this laudable undertaking', Bart Jaski,  Peritia (2008).

‘The Kingship and Landscape of Tara provides many services to the study of early medieval kingship in Ireland and Europe and the kingship of Tara in particular … the editor should be congratulated on producing a volume that will remain in indispensible tool for scholars of medieval Ireland for many years to come, and one that will doubtless prove the basis for much future research', Denis Casey, Early Medieval Europe journal (2009). 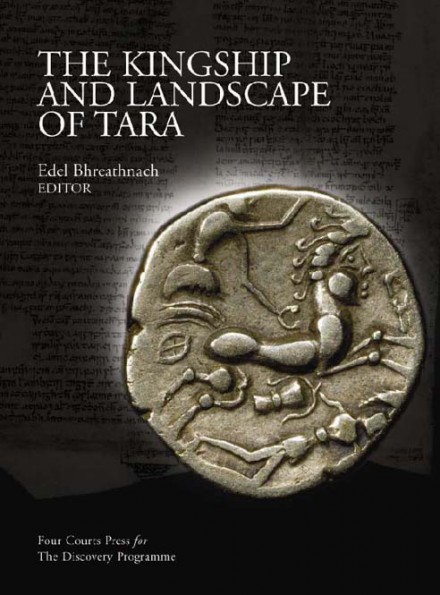