'There can be few things more satisfying than a book that brings erudition and insight to the cherished and familiar, and honours its subject by tempering heart-felt applause with sober reflection and honest evaluation. Without resorting to a story-writer’s tricks, where character and plot can so easily stand in for a good solid critique of the real subject, this book does all this and more for its theme, the Dublin town house of the 18th century. Like a good collection of short stories by Raymond Chandler, it layers narratives along an ostensibly straightforward theme (here, the town house); includes speculation & intrigue (the finances of development), style & class (residents and usage); and boasts some exceptional moments that lift it above even the best of the rest of the genre, notably a particularly intriguing content and a fine production … yet this volume still possesses an exceptional uniformity which can only be the result of masterly oversight by its editor, Christine Casey … And what else makes it so special? It’s that rare combination of scope and depth, with the town house “in the round” … so this book is also an important reminder of the health of the discipline in Ireland and beyond … a touch of class, [this book] provided a hugely engaging experience, and just the kind of thing to fascinate a Marlowe', Seán O’Reilly, Irish Arts Review (Spring 2011).

‘Walking down any street in central Dublin, one will pass innumerable Georgian townhouses. To the casual passerby they seem fairly similar and rather boring. Casey and her contributors prove that assumption wrong … the politics involved in construction in specific areas are discussed. The personalities of those who built them as speculators come through in several pieces … With many illustrations and colour plates, this study is certain to make the reader look with more care at the rows of Dublin town homes', Reference & Research Book News (April 2011).

‘The collection of nineteen individually authored essays contained in The Eighteenth-Century Dublin Town House offer an exploration of this domestic landscape through a wide and considered range of disciplinary lenses engaged across a number of scales. What is provided is a series of fragmentary insights that negotiate the physical and ephemeral phenomena that constituted and affected the shape and uses of the house over time … The essays presented in this well-edited volume provide pathways through the intricacies of the eighteenth-century town house … they often provide and interrogation of the subject that offers new knowledge in a way that is open ended and invites or perhaps even defines further scholarship', Gary A. Boyd, Journal of British Studies (January 2012).

‘The historiography of Georgian Dublin has experienced a revival in years … This important, and sumptuously illustrated, volume makes a major contribution to this expanding field of enquiry through its focus on that classic emblem of Georgian Dublin, the townhouse … Toby Barnard’s excellent introduction sets the remaining essays in historiographical and geographical context, and points to the significance of some of the findings made by individual authors … The essays in this book are written from a number of different disciplinary and methodological vantage points, with some chapters offering often quite wide-ranging perspectives, while others provide more detailed studies of individual houses … individually and collectively [the essays] add greatly to our knowledge of eighteenth-century Dublin … I can strongly recommend this book', Patrick Walsh, Eighteenth-Century Ireland (2011). 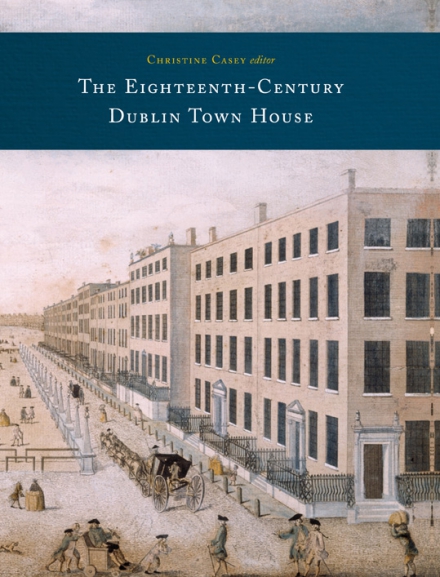