Essays in memory of Billy Colfer

This volume explores the medieval period in Co. Wexford, in southeast Ireland, as seen through history, archaeology, language, settlement and landscape. These essays acknowledge the interests and writings of the late Dr Billy Colfer as well as the esteem in which he was held by a wide number of colleagues. Billy has left a deep mark on Co. Wexford history through his numerous publications and he also inspired a large number of students through his encouragement and generosity with knowledge.

The landscapes of Wexford are closely associated with the Anglo-Norman conquest of the twelfth–thirteenth centuries. This rich legacy is illuminated in this collection by papers on Dunbrody abbey, the deserted medieval boroughs of Bannow and Old Ross as well as the history and archaeology of the towns of New Ross and Wexford and the villages of Ferns and Taghmon. The history and architecture of the thirteenth-century Tower of Hook lighthouse is detailed and a new analysis is presented of the ecclesiastical buildings at Ferns. The role of the medieval frontier and the interactions between Gaelic-Irish and colonizers is set out in studies on personal names and plantation settlements, and in the identification of a brehon law school settlement at Ballyorley. The book also includes essays on post-medieval millstone extraction and on the chequered career of the antiquarian and genealogist Colonel Hervey de Montmorency-Morres.

The results of new research and discoveries from archaeological investigations are presented, many for the first time, so as to provide a compelling overview of why the Wexford landscape is crucial in the study of Irish medieval settlement and the interaction of native and colonial identities.

Ian W. Doyle is an archaeologist and is Head of Conservation at the Heritage Council of Ireland. Bernard Browne works for the Environmental Protection Agency and is the author of a number of books on aspects of Co. Wexford history. 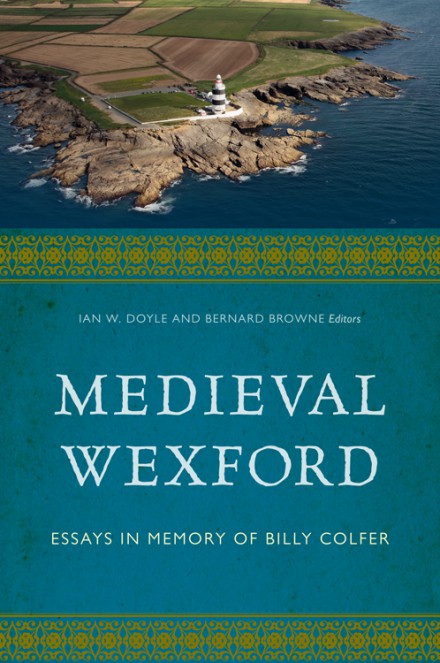