The Irish State and the diaspora

Charles James O’Donnell, born in Donegal and educated in Galway, provided in his will (1935) for a bequest to each of the Universities of Oxford, Wales, Edinburgh, National University of Ireland and Trinity College, to establish an annual lecture in each of the institutions – the lecture in the National University of Ireland to be on the history of Ireland since the time of Cromwell, with particular reference to the histories, since 1641, of old Irish families.

The lecture series was established in 1957 and continued until 1986. Due to a lack of funds there was a gap of some years, but the NUI Senate was pleased to be able to revive the series, to be presented annually in each of the NUI Constituent Universities in rotation, as and from 1999.

This, the 33rd lecture in the series, was delivered by Mary E. Daly in University College Dublin as part of the NUI Programme of Events to celebrate the NUI Centenary in 2008. Mary E. Daly is a Professor of History at University College Dublin, and Principal of the College of Arts and Celtic Studies. She is a member of the Royal Irish Academy and the Higher Education Authority, and a former member of the National Archives Advisory Council and the Irish Manuscripts Commission. She is the co-editor, with Theodore K. Hoppen, of Gladstone: Ireland and Beyond (Dublin, 2011). 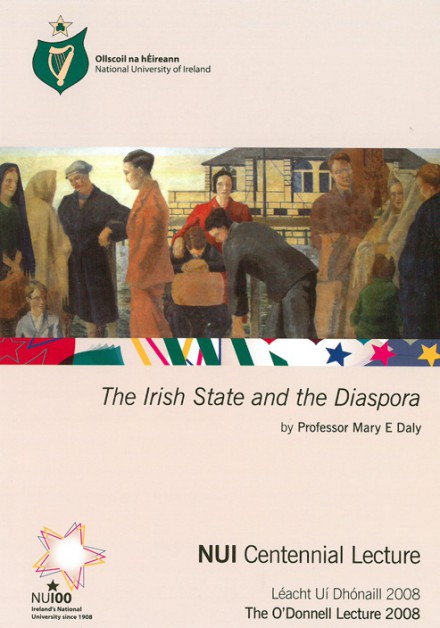