Lia Fáil was originally published by the National University of Ireland as a journal of Irish research. Four volumes, edited by Douglas Hyde, were published between 1925 and 1932. Scholarly, interesting and innovative, Lia Fáil featured a wide range of material and included articles by Hyde’s postgraduate students. This elegant facsimile edition reproduces all four books in a single volume. Edited by Liam Mac Mathúna, the book includes a new introduction by Seán Ó Coileáin.

Douglas Hyde was appointed first Professor of Modern Irish in UCD in 1909. In 1922 the Senate of the National University of Ireland accepted a recommendation from the Professors of Irish that the generous bequest from Dr. Adam Boyd Simpson should be used to fund ‘a journal of Irish research’. Hyde (Dubhglas de h’Íde, An Craoibhín) was appointed editor. The result was Lia Fáil, four volumes of which were published between 1925 and 1932, the year of Hyde’s retirement from UCD.

Seen always as a force for unity, with the capacity for bridging social, political and cultural divisions, Douglas Hyde was nominated with all-party support as a candidate for the presidency of Ireland and in May 1938 was elected unopposed as the country’s first President. Maurice Manning contributes a reflection on Hyde and the presidency to this volume. 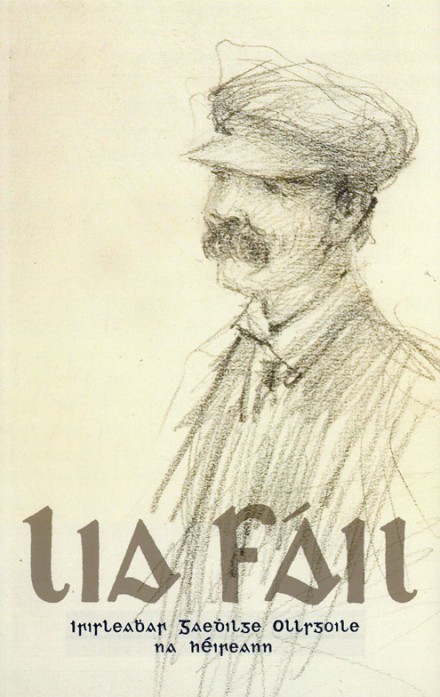