The Irish Franciscan College of St Anthony of Padua at Louvain was founded in 1606/7. The Spanish King, Philip III, responding to representations by the Franciscan friar Florence Conry (Flaithrí Ó Maoil Chonaire), agreed to support the establishment of a College to train Irish Franciscan novices. He wrote to the commander of Spanish forces in the Low Countries with orders to provide 1000 ducados per annum to support such a College for Irish students of the Order in the university city of Louvain (Leuven). A Bull of foundation issued from the Pope, Paul V, and the first Irish novices were enrolled in the College in April 1607.

On the occasion of the 400th anniversary of the foundation of St Anthony’s College a specialist conference was organized to highlight the importance of the Irish Franciscan manuscript collection now housed in University College Dublin as a precious monument of Ireland’s cultural identity. This volume contains the proceedings of that conference. 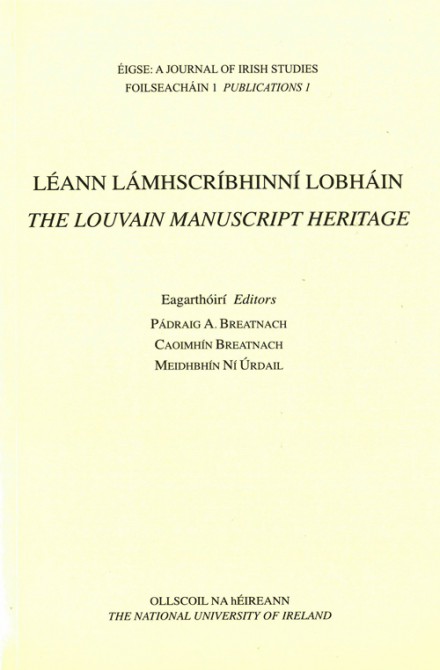