Treasures of the National Folklore Collection/Seoda as Cnuasach Bhéaloideas Éireann is primarily visual, drawing on the diverse collections found within the archive. The book consists of sixteen essays, with a Foreword by Dr T.K. Whitaker, showcasing some of the treasures and including illustrations, paintings, photographs, manuscripts, music transcriptions and books. The publication will provide an opportunity to re-visit, and reflect on, the work carried out by one of the most innovative cultural government-funded bodies in Western Europe during the first half of the twentieth century in a time of acute economic need. The essays are in English, Irish and Scots Gaelic and each author has written about a particular aspect of the National Folklore Collection’s holdings such as the photographic collection, the paintings or the sound archive for example. The book is published by Comhairle Bhéaloideas Éireann/ The Folklore of Ireland Council as part of the celebrations of the 75th anniversary of the founding of the Irish Folklore Commission.

Críostóir Mac Cárthaigh, M.A. is Collector/Archivist with the National Folklore Collection, University College Dublin. He has published and lectured widely on a number of subject areas within Irish folklore and ethnology. Séamas Ó Catháin spent some time as a lecturer at the University of Uppsala in Sweden and at University College Galway before his appointment as Archivist with the Department of Irish Folklore, UCD. He was appointed Professor of Irish Folklore as successor to Professor Bo Almqvist. Ríonach uí Ógáin is Director of the National Folklore Collection UCD. Her research interests are primarily related to traditional song in Irish. Seosamh Watson was professor of Modern Irish Language and Literature at University College Dublin, 1998–2008, and Dean of the Faculty of Celtic Studies, 1996–2001. He has conducted fieldwork throughout Ireland, in the Scottish Highlands and eastern Canada, and published widely on aspects of the Irish and Scottish Gaelic languages. 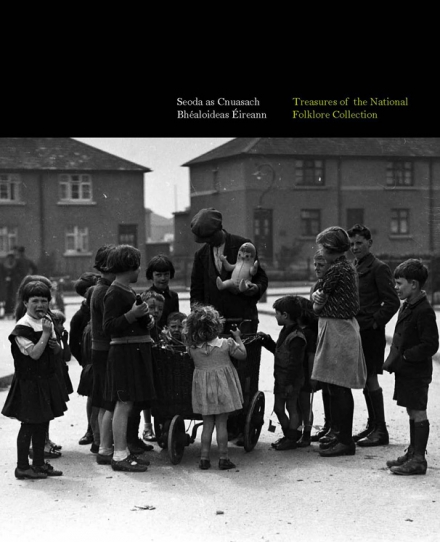