Tom Lenihan of Knockbrack, Miltown Malbay, Co. Clare (1905–1990), was a farmer. Though English is the language of his area, it is deeply coloured by Irish idiom and constructions as can be seen in the many hundreds of pages of lore and song, which were collected from him throughout the 1970s and 1980s. Although Tom was a rich source of Clare tradition, he was primarily known as a singer. In addition to songs of Irish origin he performed older international ballads along with local songs; all were grist to his unbiased mill.

The fifty-two pieces reproduced in this book cover aspects of Tom’s repertoire, and about half of them are contained on the accompanying CDs. Tom's skill as a performer is captured along with his very obvious and contagious enjoyment in singing, which also comes across.

Dubliner Tom Munnelly (1944–2007) was passionate about song. His life's work revolved around collecting, publishing and researching traditional song. In particular, he focused on songs in English whether of Irish origin or of the international ballad genre. In 1978, Tom moved, with his family, to settle near Miltown Malbay in Clare.

Tom Lenihan was not only one of Tom Munnelly's most prolific sources but also a good friend. A publication such as The Mount Callan Garland reflects some of the fruits of this relationship.

First published in 1994, Comhairle Bhéaloideas Éireann has now issued this reprint in an updated format. The sound recordings have been remastered by Harry Bradshaw. 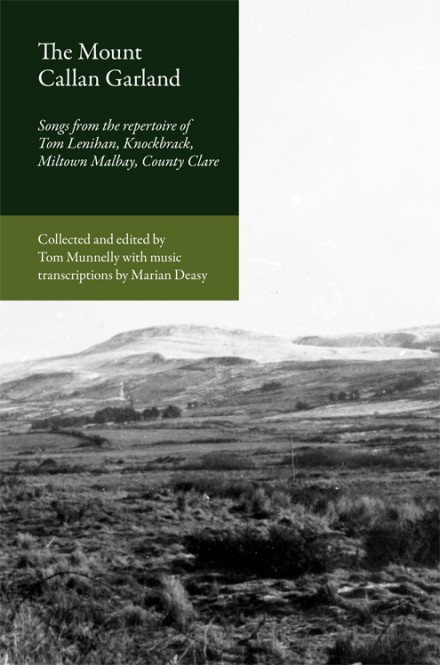