Shortlisted for the Katharine Briggs Award 2016

Sgéalta Mhuintir Luinigh / Munterloney Folktales is a unique compendium of Tyrone lore in the Irish language including folktales, legends, songs, proverbs, riddles, charms, toasts and accounts of various calendar and other folk customs.

The bulk of its contents was collected between 1929 and 1932 by the Professor of Irish at Trinity College Dublin, Éamonn Ó Tuathail, and the main body of his material was taken down from Eóin Ó Cianáin, an Irish countryman born in Greencastle and resident in nearby Creggan. The balance was collected earlier in the twentieth century elsewhere in Munterloney by individuals such as Father Cornelius Short, a curate in Termonmagurk, Peadar Mhac Culadh of Glenelly and Pilib de Bhaldraithe, a native of county Mayo. 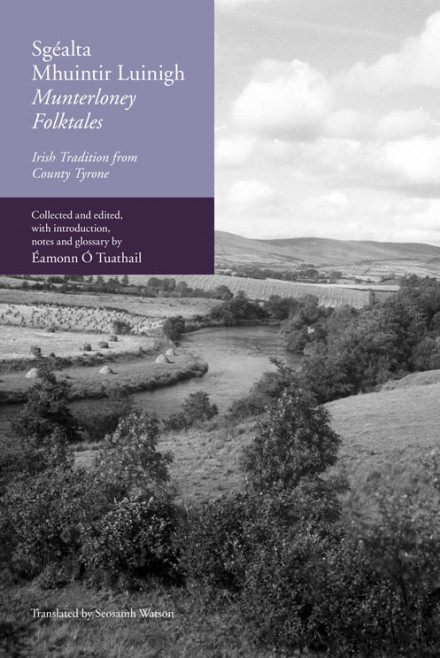