For over fifteen hundred years, Ireland has been predominantly Christian. Religion has been a continuous force in various aspects of Irish life. As one might expect, a rich body of religious folktales and legends – both fanciful and credible - were part of the repertoire of the storyteller. Religious legends bring immediacy to traditions of the Holy Family, Saints and the Devil. The stories in this book offer moral guidelines for a Christian life. The tradition was never fully oral and the influence of religious literature and church institutions is evident.

The tales vary in subject matter and include specifically Irish saint-lore as well as more general tales of the Holy Family. Tales include:

• The tale of ‘Saint Patrick and Crom Dubh’, which describes how the pagan Crom Dubh was converted to Christianity by St Patrick, and how the last Sunday in July came to be known as ‘Domhnach Chrom Dubh’ in recognition of this miraculous event.

• The tale ‘Our Lady’s Visit’ encompasses the concept of miraculous plenty as an international narrative, which tells of the house of a poor woman who is visited by the Mother of God in the guise of an old woman. In return for her kindness to the old woman, the woman of the house is given every kind of food she will ever need.

The tales presented in this book were first published in Irish in 1952 in an Ireland that was very different to the Ireland of today. The one hundred and thirty-five tales were edited and annotated by Seán Ó Súilleabháin who was then archivist with the Irish Folklore Commission. Ó Súilleabháin drew his material from the manuscript collection in what is today the National Folklore Collection, University College Dublin.

Comhairle Bhéaloideas Éireann is pleased to publish this work, in translated form, of one of the most popular volumes of Béaloideas. 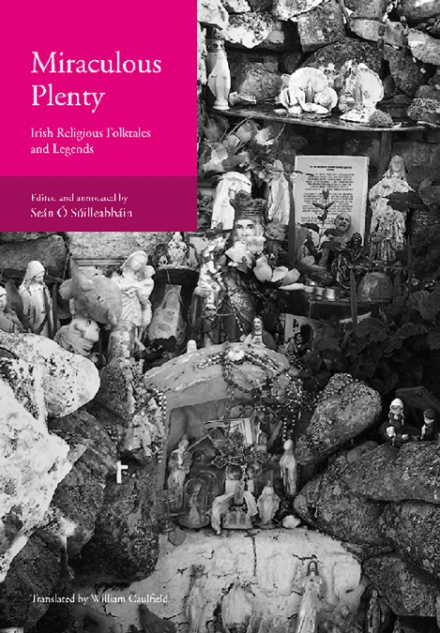