Formation of a folklorist

Formation of a Folklorist is the eighteenth volume to be published by Comhairle Bhéaloideas Éirann in its series Scríbhinní Béaloidis / Folklore Studies. This volume traces the process that saw the development of James Hamilton Delargy / Séamus Ó Duilearga (1899–1980), a promising, young Irish academic with a practical knowledge of aspects of folklore, into a formidable authority on that subject and likewise on the methods and stratagems best suited to its future documentation and study in Ireland.

Delargy’s trajectory from graduate student, university teacher and talented local collector to the luminary who masterminded the creation of one of the world’s best folklore collections is revealed in diary and personal notes, and correspondence with leading experts in the field, other close advisors at home and abroad, and family members.

The founding of the Folklore of Ireland Society in 1926 led to the establishment of the Irish Folklore Institute (1930–5) and, subsequently, the spectacularly successful Irish Folklore Commission (1935–71), in all of which organisations, Delargy played a leading role. The work begun then continues today under the auspices of the National Folklore Collection in the UCD Delargy Centre for Irish Folklore at University College Dublin.

In a lifetime dedicated to fulfilling the lofty aims he set himself as a young man, Delargy repaid in full his debt to all who had placed their confidence in him. The remarkable story of how the foundation for that achievement was laid is told here to a large extent in his own words. 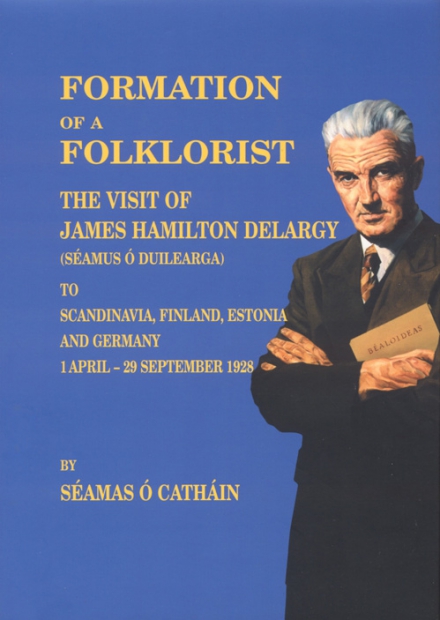