Aspects of the occupational lore of Irish fishermen

‘Cold iron’ is a phrase that may be used by fishermen as a euphemism to avoid misfortune at sea. This book provides a lively and compelling insight into the use of such euphemisms, which form a part of the work culture and occupational lore of Irish fishermen, with material based to a large extent on personal accounts and anecdotes from fishermen, and from historical sources. Specifically, it focuses on the belief that certain entities should not be mentioned while at sea, or while engaged in the business of fishing, for fear of attracting misfortune. Often, stock euphemisms or circumlocutions are used for the entities in question. Objects of ill omen typically involve animals, such as foxes, hares, pigs etc., and certain categories of people, such as red-haired women.

This study attempts to place these beliefs in their historical context – an exercise that reveals a pedigree somewhat more impressive than the material itself might initially suggest – while also discussing the way in which knowledge of the beliefs has persisted, touching on issues such as group identity and social cohesion, and on the notion that the name avoidances might well have served, as one of their primary functions, to focus the fisherman on the business in hand.

As well as addressing questions of origin and function, this study examines the material as an element of contemporary folklore. Factors such as economic context and the risks inherent in the fishing industry are considered. The psychological and sociological dimensions of the material are also examined from a folkloristic perspective, with due emphasis on the essentially collective nature of the tradition. The study draws, to a considerable degree, on interviews conducted with fishermen and others involved in the industry from the late twentieth century to the present, and it includes previously unpublished material from the archives at the National Folklore Collection in UCD.

Bairbre Ní Fhloinn lectures in Irish folklore in the School of Irish, Celtic Studies and Folklore, University College Dublin. She has published on various aspects of oral and material culture. 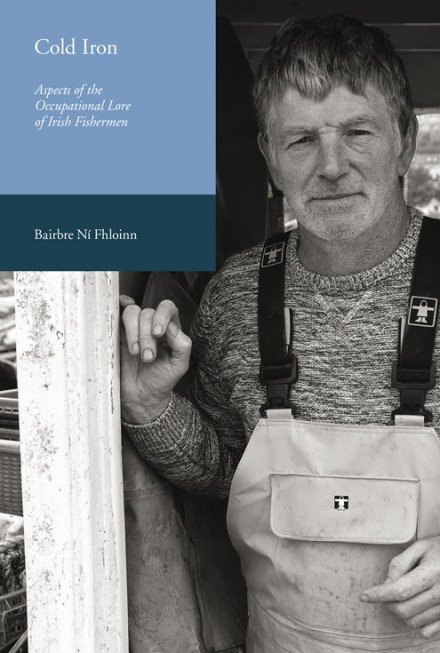