'[A] valuable contribution to the role of lay and religious women in medieval Irish society', Katherine Walsh, Irish Theological Quarterly.

‘Diane Hall’s analysis of this subject is rightly described as groundbreaking. … This is a book that enlightens and informs – about the church as an institution, about Ireland as a country, and about women as role-players in the middle ages', H.B. Clarke, Irish Historical Studies.

‘Hall’s work is advanced methodologically and more sophisticated analytically … Hall has taken pains to identify all the female monastic houses and hospitals in Ireland and also to identify their affiliations between the mid-twelfth and the mid-sixteenth centuries … provides readers from the undergraduate to the professional level with tantalizing glimpses of women in medieval Ireland, ones that future research can build on', Linda E. Mitchell, Medieval Prosopography (2013).

‘Hall beings the introduction of her excellent study with a stark reference to violence and destruction suffered by the pious in medieval Ireland. She notes the 1233 burning of laywomen, nuns, children and three priests in a church in Emlagh using this striking record to illuminate the almost invisible presence of women – nuns or lay – in medieval Irish documents … Overall the structure of the study is clear and helpful allowing the reader to steadily gain an in-depth understanding of the previously unilluminated world of the relationship of women and the medieval Irish church … This really is a phenomenally important and intricate work executed to the highest degree by a scholar dedicated to research and the medieval religious women of whom she writes. The new paperback edition of the study originally published in 2003 now makes Hall’s work affordable and accessible to all’, Lisa Padden, The history of women religious in Britain and Ireland. 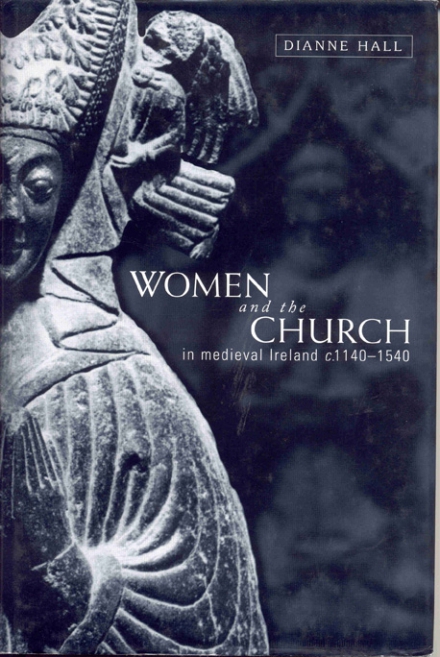