Wisdom and the Grail

Wisdom and the Grail investigates the symbol of the Holy Grail in the Queste del Saint Graal, a branch of the Vulgate prose cycle of Arthurian romances, and Thomas Malory’s redaction of this Old French text, The Tale of the Sankgreal.

While most previous studies of the Sankgreal have concentrated on the question of language and meaning as regards to Malory and his relationship with his source, this study concentrates on that of image and meaning. It analyzes the iconographic divergences between the treatment of the Holy Grail in the haunting 13th-century clerical narrative and its vibrant 15th-century lay offspring. Thus the migration of the symbol as it is depicted in the Queste into English literature is interpreted from an iconological perspective.

Whereas the anonymous author of the Queste, who was deeply influenced by the monastic tradition of mystical theology, conceived of the Holy Grail as a symbol of Divine Wisdom personified, Malory’s conception of the vessel was eucharistic and rooted in the lay devotion of later medieval England. Faced with the illuminative concept of the vessel that he found in his source, Malory chose to treat the symbol in terms which recall popular contemporary emblems of the eucharistic sacrifice. Malory’s act of translation and adaptation necessitated the breaking of the vessel he found in the Queste. However, he created a symbol that corresponded in function to that of the Queste – to direct the reader’s thoughts towards complete union with God – but was essentially different in conception. In the Sankgreal Malory has brought about the restoration of the vessel, albeit drained of its original meaning.

Anne Marie D’Arcy lectures in medieval English at NUI, Maynooth and is co-editor of Text and Gloss: Studies in Insular Language and Literature (1999). 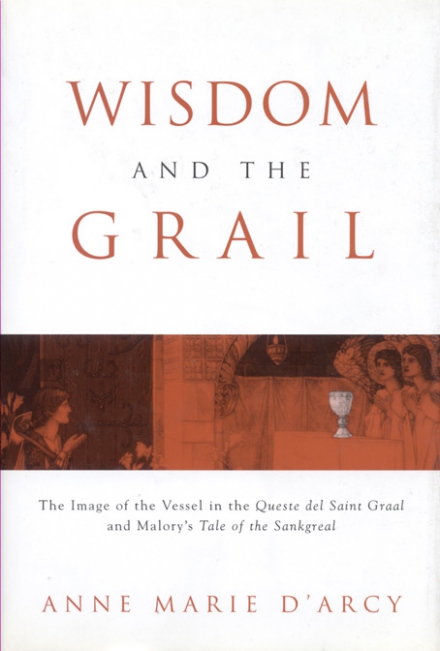